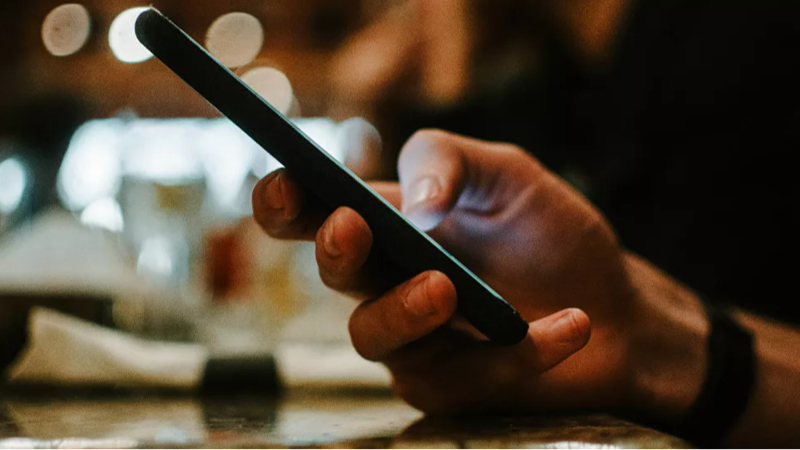 With the COVID-19 pandemic having infected more than 67 million people and killed more than 1.5 million globally, health officials are scrambling to get a viable vaccine approved to help slow the spread of the deadly disease.

The United States Centers for Disease Control and Prevention (CDC) has developed a new smartphone technology called V-safe that can provide real-time warnings of side effects in the first Americans who receive a vaccination against the virus. According to a presentation by the CDC, the purpose of the messaging tool is to provide safety assessments of coronavirus vaccines so that officials can quickly identify any safety issues linked to the drugs.

However, some health and technology experts are concerned that the technology, which can be accessed by patients who receive the vaccine through a QR code, could be used by hackers or anti-vaccine activists to create false or misleading reports on vaccine safety, the Washington Post first reported, citing anonymous officials.

Officials are concerned about the technology's safety because anyone with access to the QR code, regardless of whether they received the vaccine or not, could use the system to file false reports about the time. One US federal health official told the Post that the tool’s vulnerability to misinformation is a “potential risk.” Another official said that there are safeguards to prevent false information from being spread, but using such safeguards “eats up time” that could be used to look into real adverse events linked to COVID-19 vaccines. Although officials could technically identify whether a participant filing a report is a vaccine recipient by cross-checking information in a master database, that process would need to be conducted manually.

“With any widely available technology, there’s an opportunity for people to use spoofing and other nefarious techniques,” Ed Simcox, former chief technology officer at the US Department of Health and Human Services and current chief strategy officer at software company LifeOmic, told the Post. “That would undermine what is so potentially valuable about this system — going directly to patients, or citizens, to get their feedback about multiple vaccines administered in diverse settings.”

According to the CDC, V-safe will send text messages to early recipients of the vaccines daily for the first seven days after they receive a vaccine and then weekly for one and a half months post-vaccination. The texts will redirect users to web-based surveys that ask about their symptoms and pose questions like “Did you miss work?” and “Were you unable to do certain daily activities?”

There are already reports suggesting that some people, especially those in Black and Latino communities, are hesitant about getting a COVID-19 vaccine once it’s available over concerns about such a drug's safety, raising additional concerns about V-safe being used to spread false information about vaccines.

“I think the devil is in the details here on how exactly this is implemented,” Gunther Eysenbach, editor of the Journal of Medical Internet Research, told the Post. “A fair bit of marketing is also needed so people don’t have fear about privacy.”

“That’s a topic that we have actively been asking CDC for more information on,” noted Imelda Garcia, associate commissioner for laboratory and infectious-disease services at the Texas Department of State Health Services. “Obviously safety and risk communication are absolutely paramount when we’re talking about a novel vaccine.”

According to the CDC, the agency is hopeful that state and local leaders as well as medical providers will advocate the software and raise awareness about its safeguards.

However, some health officials are also concerned that not rolling out the application early to health care providers and other public health workers - those responsible for promulgating the mass vaccination campaign - will deny them the important opportunity of seeing how the application works firsthand before it’s disseminated for public use.

Tom Shimabukuro, deputy director of the CDC’s immunization safety office, told an advisory panel last week that the CDC is “reaching that time where we’re really going to be pushing out strongly and trying to get the message out as broadly as possible,” the Post reported.

V-safe was developed through a partnership between the Department of Health and Human Services and Oracle, a US multinational computer technology corporation. It is designed to enhance other vaccine warning systems like the Vaccine Adverse Events Reporting System (VAERS) that also gathers information on adverse side effects following vaccination.

US states are preparing to distribute a vaccine this month. Both pharmaceutical companies Moderna and Pfizer have completed phase 3 clinical trials of their vaccines and have applied for emergency approval for their vaccines from the US Food and Drug Administration (FDA).

While Pfizer and its German partner BioNTech requested emergency use authorization for their vaccine candidate from the FDA earlier this month after finding the drug to be 95% effective against the virus, Moderna, which has developed a vaccine that is 94% effective in preventing COVID-19, announced it had filed for emergency FDA authorization last week.

Last week, the UK approved the Pfizer-BioNTech vaccine for emergency use.