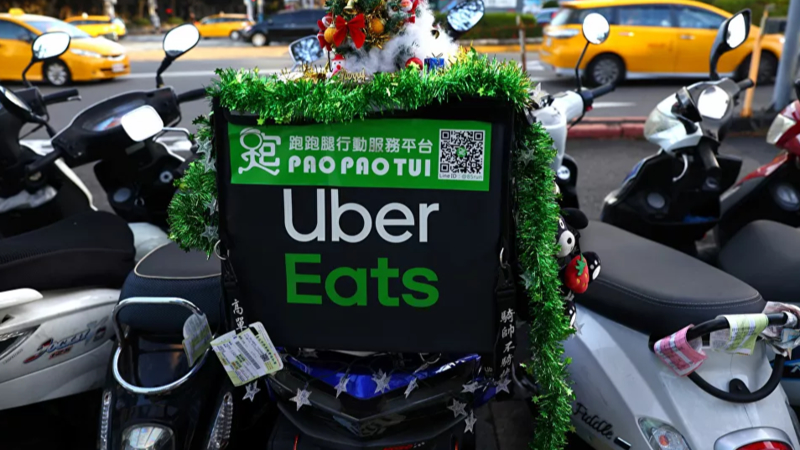 Uber Technologies Inc. was recently granted approval by the US federal government for a merger with Postmates to occur amid the COVID-19 novel coronavirus pandemic, despite fierce pushback from several Democratic lawmakers.

Uber announced Tuesday morning that it would be "officially welcoming the Postmates team to Uber, and partnering to create an even stronger delivery marketplace to benefit consumers, delivery people, and — in particular — the hundreds of thousands of merchants who use our platforms to grow their businesses."

"This time has also brought much-needed clarity. For our teams, 2020 has brought clarity to the opportunity we have to be strong partners to the restaurants and merchants we serve. We can do even more to help them reach new customers, grow their businesses, and feed their own families," Uber said of the $2.65 billion deal initially announced over the summer.

The company also rolled out a "regional listening exercise" through which it seeks to develop "a better understanding of how we can best support our restaurant and merchant partners."

"Our goal is to put restaurants and merchants at the head of the table and create an open dialogue on products, policies, pricing and more," the initiative's registration website details.

While Uber claims it will take customer and merchant criticism into consideration, many have argued that the merger, particularly during the US economy's pandemic slump, may have a negative impact on consumers, employees and merchants.

US Senators Amy Klobuchar (D-MN), Patrick Leahy (D-VT), Richard Blumenthal (D-CT) and Cory Booker (D-NJ) previously penned a joint letter to the US Federal Trade Commission (FTC) in May, arguing the merger of the food delivery services would "raise serious competition issues in many markets around the country."

The Democratic lawmakers also called on the US Department of Justice (DoJ) to “closely monitor this potential transaction and to initiate an investigation if the parties reach an agreement to merge.”

The FTC ultimately granted permission for the acquisition on November 9, and the DoJ moved to approve the deal after its antitrust division received additional information.

This Uber-Postmates deal is not the only merger to occur during the COVID-19 pandemic, as Dutch food delivery company Just Eat Takeaway announced in June that it would acquire US-based industry competitor Grubhub.

“Grubhub is the best food delivery company in the US and it is the only one which is culturally similar to Just Eat Takeaway.com," Just Eat detailed in a June 10 news release, shortly after a proposed deal between Uber and Grubhub fell through.