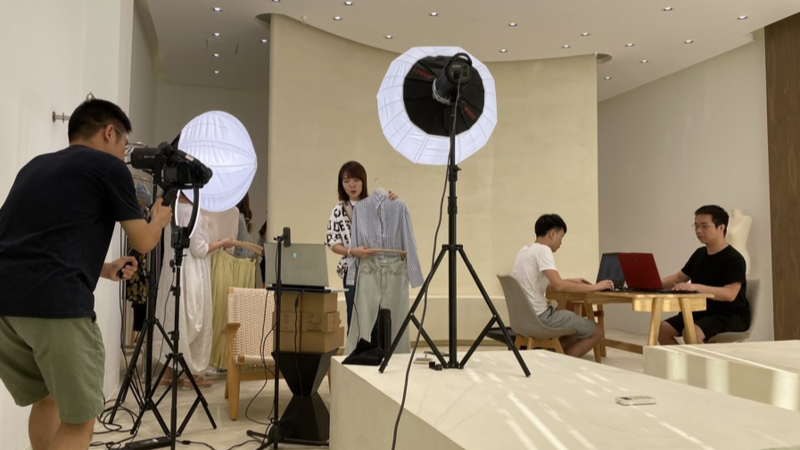 -- Distributors in the Changshu Garments Town are now no longer satisfied with the traditional offline transactions, jumping on the bandwagon of e-commerce livestreaming and making waves in the biggest clothing distribution center in east China.

-- The outbreak of COVID-19 that forced many people to shift their shopping online has reshaped the e-commerce industry in China, bringing livestreaming to the center stage.

-- The burgeoning business model that integrates e-commerce with livestreaming has added fresh vitality to the e-commerce industry with an upgraded user experience that could lead to higher user stickiness.

Sellers at a clothing distribution center in the eastern Chinese city of Changshu garner a daily turnover of about 400 million yuan (around 60 million U.S. dollars), just through talking to their phone screens.

As large as about 500 football pitches, the Changshu Garments Town is home to 35 wholesale clothing markets where hundreds of thousands of people hustle around some 30,000 clothing stores every day. 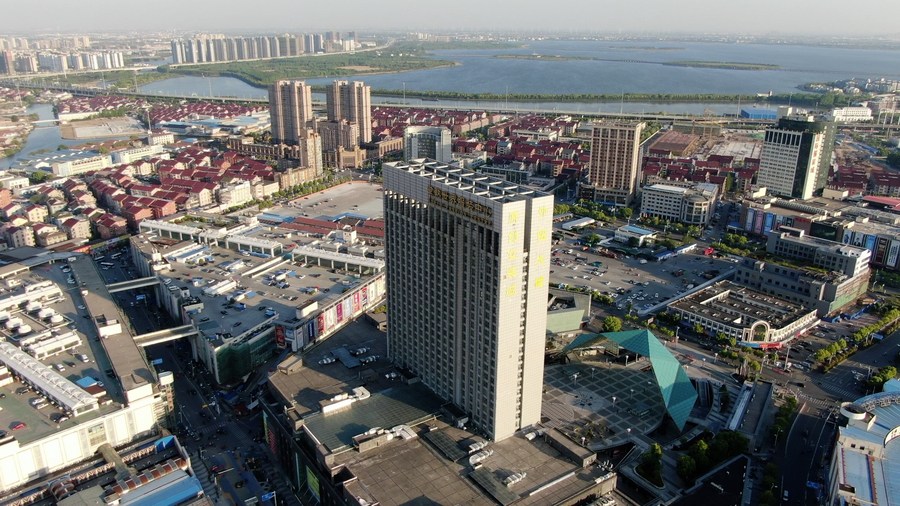 Distributors in the markets, however, are no longer satisfied with the traditional offline transactions, jumping on the bandwagon of e-commerce livestreaming and making waves in the biggest clothing distribution center in east China.

Among them, Yan Ke is one of the most successful livestreamers who could attract more than 60,000 viewers and achieve a business turnover of about 400,000 yuan in less than 30 minutes.

Yan puts on different clothes, rubs the material and spins around, introducing every detail for about 15 hours a day, as tens of thousands of viewers watch her every move during a livestreaming session.

"Honey, don't hesitate to order this fashionable and textured suit jacket, very suitable for this season. We have black, white and khaki colors, and if you are not sure about the size, contact our customer service. Don't miss it. It's absolutely fabulous," said Yan, who is now a veteran on Taobao Live, the livestreaming unit of China's e-commerce giant Alibaba.

As one of the top 10 livestreamers on Taobao Live last year, the 33-year-old notched up a sales volume of nearly 700 million yuan.

The outbreak of COVID-19 that forced many people to shift their shopping online has reshaped the e-commerce industry in China, bringing livestreaming to the center stage, whereas Yan had tried it as early as in 2017, a year after the launch of Taobao Live, when her online clothing shop was at low ebb.

Yan's entrepreneurial story dates back to 2011 when she went to Changshu with her husband Wu Can, who just resigned from a clerical job and ventured into e-commerce on Taobao in 2012.

It was a tough start. They were nearly bankrupted by running the online store. "We owed a debt of about 3 million yuan in the most difficult time," said Wu. "Our online shop experienced wax and wane as more people tried to take a share of the spoils."

"We couldn't even pay for our child's milk powder at that time," recalled Wu. 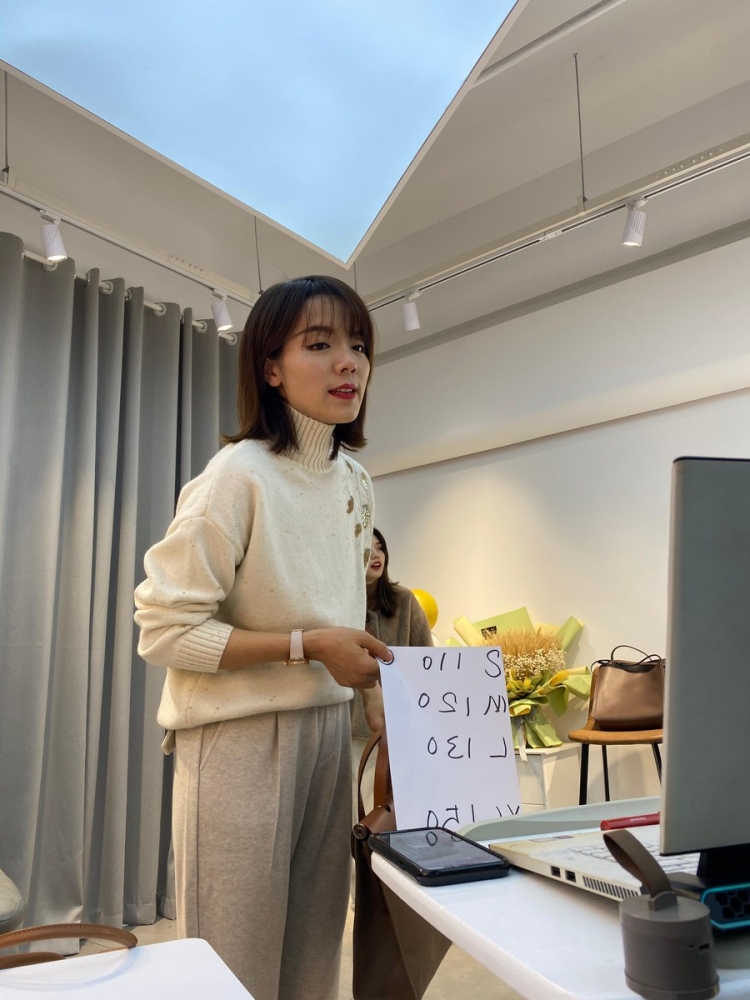 In 2016, livestreaming sales sprouted up in some parts of China, and the couple decided to give it a shot and put on their first livestreaming show on Taobao in 2017.

"We sold over 50 pieces and made about 2,000 yuan in the first show, which encouraged us a lot to continue the business," said Yan.

Yan said that the most difficult part of presenting a show was to defeat her inner fear and embarrassment. "I have to force myself to face the camera and speak loudly, even when there was no audience."

To improve her performance, Yan watched a large number of popular livestreaming shows on Taobao and subscribed to fashion magazines to follow the latest trends.

Their persistence paid off. More than 2.2 million fans now follow their livestreaming shows. One such show could bring 1.5 million yuan in sales on average.

Yan stands for a new way of shopping in the country, sweeping retailers in a boom of "live commerce," the convergence of e-commerce and livestreaming. A report released by the China Internet Network Information Center noted that e-commerce livestreaming has become the country's fastest-growing internet application in the first half of 2020.

With over 400,000 livestreamers active in the industry, China saw over 10 million livestreaming marketing activities in the first half of this year, attracting over 50 billion views, said the report.

The turnover of China's livestreaming is expected to hit 900 billion yuan by the end of this year. As a revolution of e-commerce, the new model has added fresh vitality to the industry with an upgraded user experience that could lead to higher user stickiness.

More clothes business owners in the Changshu Garments Town have engaged in livestreaming shows, dreaming to be the next Yan Ke.

"Honey, today I will show you different kinds of clothes in vogue," said Pan Lixia, a 42-year-old businesswoman in Changshu, who made her debut in a livestreaming show in June.

Owner of four brick and mortar clothing shops, Pan started her clothing business in the garments town when she was 18. "Sales volume of my stores has continued to decline for four years, significantly affected by online stores and e-commerce livestreaming." 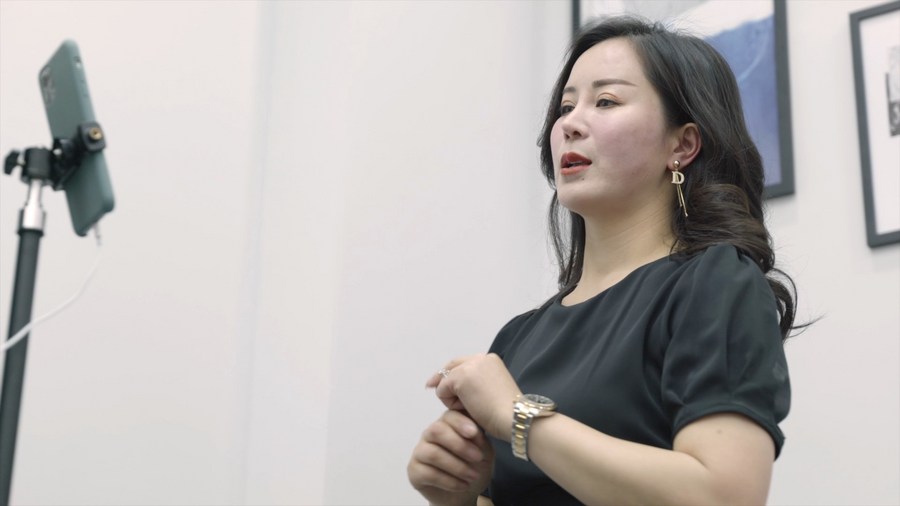 Like every newcomer in this emerging field, Pan felt nervous and always repeated similar words when promoting her clothes.

As was expected, Pan failed to sell any pieces in her first show although she endeavored to display and describe how the clothes worth buying in a three-hour livestreaming session.

"Just give me some time; I have the confidence that I could do well," Pan said.

Pan took a training course organized by the management committee of the garments town to learn more livestreaming skills, and the teacher suggested that she should show more energy and not repeat lines like a robot.

The committee established a specialized service office in 2017, providing training courses for traditional vendors and owners of physical stores. So far, it has cultivated more than 3,000 livestreamers.

A modern logistics base is under construction near the garments town, according to Wan Xiaojun, head of the management committee. "We need to build a platform for young entrepreneurs to realize their dreams and digitalization is the trend of the garments town."