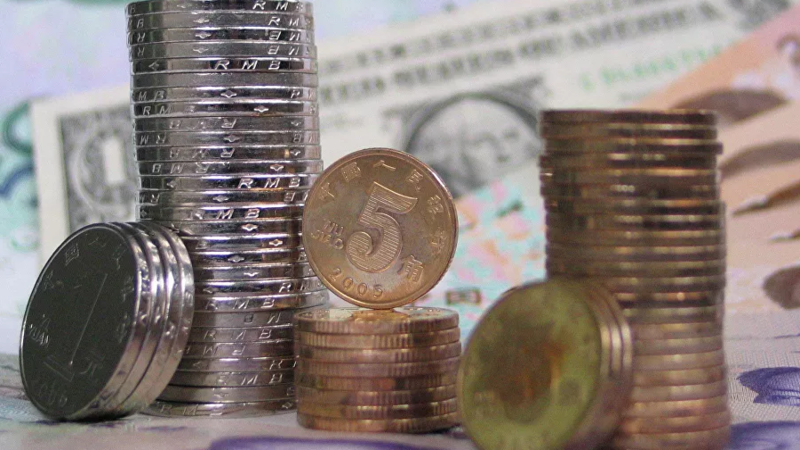 US-China relations soured under the administration of president Donald Trump, marred by escalating trade tensions and tit-for-tat sanctions. Since the present president, Joe Biden, was sworn in, political and business stakeholders have speculated on the possibility for change in Washington’s policy towards Beijing.

The world's largest wealth manager has poured cold water on the hopes of some investors that relations between the US and China, fraught with tension under the previous administration of Donald Trump, might see a reboot under Democrat President Joe Biden, according to Business Insider.

US and Asia investment chiefs at UBS Global Wealth Management are cited as emphasising that although there might not be any of the anti-China rhetoric Trump’s tenure in the Oval Office was noted for, it is futile to expect relations between the world's two largest economies to go back to the way they once were.

"For investors who were expecting the Biden administration to press the 'reset' button in US-China relations, 2021 has turned out to be shockingly disappointing," said UBS' Solita Marcelli and Min Lin Tan.

Instead, it would be more practicable, according to them, to look forward and focus on portfolios mapping out a plan for the future.

Marcelli and Tan, respectively the office's chief investment officer for the Americas, and CIO for the Asia-Pacific region, claim investors need to gear up to face the risks an even bristlier relationship between the two countries entails and work on enhancing appropriate defences. Investors are urged to take advantage of the current opportunities "seeking exposure to the different economic cycles, growth opportunities, and sectoral trends of both the US and China and beyond will best serve portfolios in the years ahead," according to UBS experts.

The US and Asia investment gurus are cited as singling out several investment themes highlighting future US-China ties.

Chip stocks, already highly volatile, might benefit from the heightened competition in this field between the US and China, claim the experts. With the two countries developing competing technology companies and industries, investors would be offered an opportunity to invest in both sides of the rivalry.

"A bipolar technology race between the US and China would provide opportunities in other areas such as software and data centres in both countries," say the experts.

Whether it be such spheres as communications networks, 5G or artificial intelligence, technology providers are “poised to benefit," it is stated.

Cybersecurity has become a thorny issue between the two countries, punctuated by mutual accusations of hacking and privacy violations. Accordingly, the US and China have been increasingly wary of using each other's high-tech services. A glaring example is Washington's campaign against Chinese tech giant Huawei, launched under Donald Trump.

The latter accused the company of spying for Beijing and attempted to put pressure on American allies to ditch Huawei's 5G equipment, famed for its good quality-price balance. Washington also prohibited US companies from selling any tech that could pose a potential threat to America, resulting in most dual-use technologies, such as chips for smartphones, being banned from export and, accordingly, sale to Huawei.

The Chinese tech giant vehemently denied the allegations against it, and started to develop its own chip production as well as its own operating system, since Android had become unavailable too.

Marcelli and Tan are cited as saying investors shouldn't become overly focused on the US and China.

"Along with US and Chinese names, investors should diversify and consider additional vendors in Europe, Japan, and Korea… With businesses at present under-invested in cybersecurity, capital spending should continue to grow at a healthy pace of 10 percent a year," they said.

Trade war rhetoric might not be dominant under the Biden administration, say experts, yet the mutual US-China frustrations continue to simmer. China's technology policies, support for domestic companies, and yuan ambitions pique Washington, whereas Beijing faces US restrictions on exports and the fallout from several bouts of tariffs of the past years. If these aspects were to further escalate, it might bode ill for industrials, materials, and technology, according to UBS.

"Safe-haven currencies such as the Swiss franc and the Japanese yen would probably appreciate alongside gold… High-quality bonds have offered some protection in the past, but they may be a less effective hedge today as interest rates are close to all-time lows," added the experts.

Weighing in on the drive, embraced by Trump, to bring manufacturing back from overseas, UBS doesn't think the US is close to eliminating China from its supply chains. Though acknowledging the trends of the past few years for manufacturing of clothing and other low-margin items to diversify out of China, the analysts believe that US companies won't cut China out if it's going to lose them profit. The chief investment officers said "some US companies, especially in smartphones, will find it difficult to diversify from China at all".

"We assume that companies will not shift supply chains if it will have a detrimental effect on long-term profit growth. However, a scenario whereby the US and China decouple more abruptly could be disruptive and costly," wrote the experts.

The duo commented reports that Chinese regulators are mulling over new rules targeting tech firms with user-related data. These would restrict domestic internet companies from going public in the US. Accordingly, Beijing might crack down on tech floats forcing them to abandon American stock listings. UBS predicts investors in the US will still be able to get access to Chinese equities and vice versa.

For those particularly concerned about China's crackdown on internet platforms, they advise investing in A shares of companies listed in China.

As a means of further diversification, they are urged to invest in an all-Asia-ex-Japan stock index, or resorting to the bond market option.

"Asian high-yield bonds denominated in US dollars, many of which are from Chinese issuers, are currently among the few cheap segments in fixed income, at yields in excess of 7 percent," said the USB analysts.

As for fears that China might potentially devalue its currency more, or slash its US debt holdings, Marcelli and Tan remain sceptical.

"The economic and financial linkages between the US and China are sizeable, and the possibility of disruptive measures from either side would probably be deterred by the recognition that this would inflict a severe backlash," they believe.

Investing in Chinese assets is a good idea, as the yuan will get stronger, claim the experts, who also predict the US dollar isn't going to lose its status as the world's reserve currency.

"Geopolitics" is cited as an omnipresent threat outside the realm of what investors typically analyse when making Wall Street forecasts, with the investment officers warning of potential fall-out from US-China tensions over human rights, Taiwan, Hong Kong, Xinjiang, China's territorial claims in the South China Sea and the origins of the SARS-CoV-2 novel coronavirus.

Just to be on the safe side, investors are directed towards "safe-haven currencies such as the Swiss franc and the Japanese yen, as well as gold positions."

Last but not least, Marcelli and Tan say the US and China appear to be on the same page on climate issues, potentially set to help each other develop new technologies pertinent to set targets in this sphere.

Tensions, however, might purportedly affect solar power and energy storage industries, as China is an acknowledged leader in the manufacture of solar photovoltaic technology, with its six biggest solar companies having a combined value of more than $15 billion.

China has also continued to show its dominance in the global electric car battery supply chain.

Beijing has repeatedly criticised accusations of its human rights abuse against Uyghur Muslims inhabiting Xinjiang province as "lies and disinformation", insisting that the so-called re-education camps in Xinjiang are training centres to combat regional extremism.