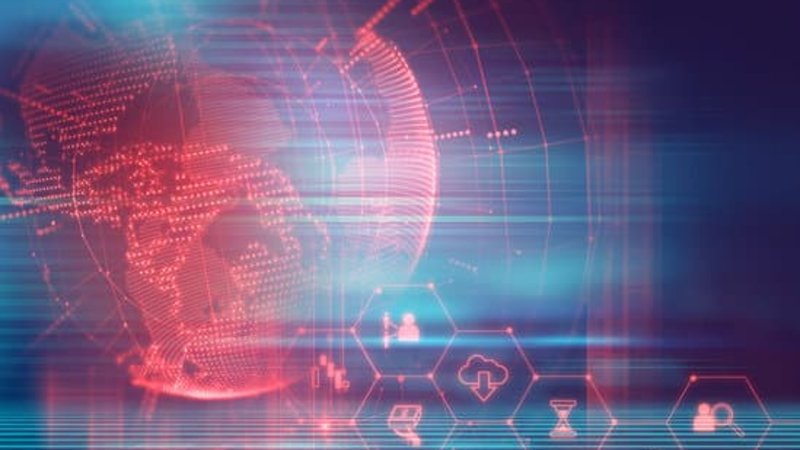 Today’s new generation of technology has been reshaping the world and disrupting businesses such as media, telecommunication, financial services, insurance, logistic and retailing. These are the sectors most heavily impacted in the past decade.

Business models and the technologies to be adopted are widely discussed and revised to cope with the rapid change. In the process, a slew of new terms has emerged, such as fintech, blockchain, bitcoin and cryptocurrencies, and these have by now become common in the Thai market, which has reached the peak point of readiness for what will be a daunting experience, but one with potentially huge rewards.

Fintech is an abbreviation for financial technology and initially aims to ease ordinary people’s “pain points” in conducting their affairs in key areas, such as remittance and payments and unbanked accounts.

Imagine the huge amount of daily transactions in the finance-related services sector and you can understand why many tech giants and startups alike are actively developing innovative and fully integrated ecosystems in collaboration with financial institutions and regulatory bodies. Smoothing the transactions benefits both consumers and enterprises around the world.

Major developments in Thai fintech and related regulations include, but are not limited to, the following:

Blockchain is a distributed ledger or database shared across a public or private computing network. Each computer node in the network holds a copy of the ledger, so there is no single potential point of failure. Every piece of information is mathematically encrypted and added as a new “block” to the chain of historical and verifiable records. Various consensus protocols are used to validate a new block with other participants before it can be added to the chain. Blockchain’s core advantages are decentralisation, cryptographic security, transparency, immutability and fractionalisation.

Blockchain technologies using bitcoin (the first application to involve blockchain technology) and other cryptocurrencies are continuously being developed in developed countries and regions such as the United States, European Union and Japan. The central bank of China recently issued a special 20-billion-yuan bond through its self-developed blockchain system and its seminal bank-issued cryptocurrency known as CBDC.

A veteran bank official said in a report, “The top-level design, formulation, functional research and testing of the Digital Currency Electronic Payment had been completed. The next step is to roll out pilot programmes before the digital currency is launched in 2020.”

Jirayut Srupsrisopa, co-founder and group CEO of Bitkub Capital Group Holdings, Thailand’s major player in bitcoin trading and also a member of the board of the Thai Fintech Association, told Thailandtoday.co, “We’ve passed the first era of internet development – the internet of info, whereby all digitised things are communicated across the globe instantly and freely – but they are automatically copied all along. The advanced technology solved a double values problem and we are in transition into four major development stages – internet of money, internet of assets, internet of entities and value web.

“Internet of money via cryptocurrencies using a blockchain infrastructure has been proved and used as a medium for exchanging goods, services and rights and trade in digital assets on electronic systems or networks. Internet of assets has pushed blockchain beyond finance so that anything of high value can be permanently recorded and shared, such as paintings, diamonds, food traceability, healthcare records, bond and stock registries and intellectual rights.

“Internet of entities, the so-called ‘value ecosystem’, is based on two core elements with interchangeable roles, entities and trackers, and can be implemented by using existing infrastructure and devices, such as those related to smartphones, tablets and IoT systems.

“The possibilities for exchanging data between a huge number of devices gives rise to a novel and widely exploitable data environment with applications possible in different domains – for instance, those of the eHealth, the eSecurity and Smart cities.

“The value web, or Web 3.0, is interoperable blockchains and decentralised protocol for the above-mentioned internet of money, internet of assets, internet of entities and back-end platforms facilitating the automatic and optimised values exchanged at market price, similar to the eWallet concept.

“For example, when a customer wants to buy a cup of coffee, he can scan the QR code to pay, and then value web works by automatically deducting the most cost-effective and optimised method in the customer’s portfolio of coins and tokens,” Jirayut explained.

Value can be transferred between different types of blockchains and developers are now working on the interoperable ledgers.

Adoption of blockchain in Thailand has been progressively active, as evidenced by financial institutions and private enterprises collaborating with regulatory units such as the Bank of Thailand, Stock Exchange of Thailand and Securities Exchange of Thailand. They have applied and reformed business models and platforms and relevant laws and regulations.

Jirayut said that, by early next 2020, the SEC will issue the needed digital-asset laws in relation to land and SME shares and is in the process of reviewing REIT versus asset-backed tokens for the real-estate industry as long-term investment choices.

However, Jirayut said bureaucratic systems in relation to laws and regulatory issues will be an obstacle in Thailand’s efforts to keep up with the super-fast-changing digital economy transformation.

Case studies shows that one agenda might require at least six licences and approvals from different cross-functional units, whereas developed countries delegate a single unit to oversee and issue licences.

Another concern is the ownership of centralised digital value platforms and blockchains, which should be considered and safeguarded against foreign competition laws due to its value, national IT security, data ownership and data privacy laws.

Blockchain and cryptocurrencies remain the subjects of debate, but the tone and terms of the debate seem to be shifting, reflecting more developed uses and strategic visions for the future.

It appears that the adoption is in a clearly upward direction and we have entered a game-changing landscape that few thought imaginable until now.