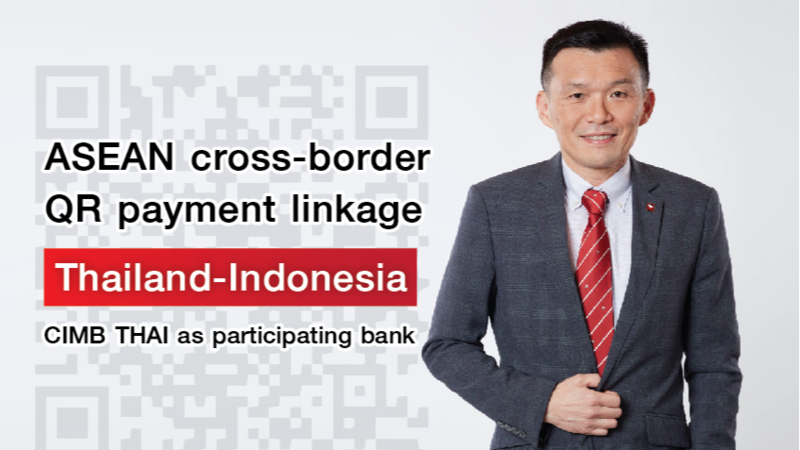 CIMB Thai will come on board in Sep 2021 as one of the first three banks in Thailand to be selected as the settlement bank for cross-border QR Code payments between the two countries.

CIMB Thai customers travelling to Indonesia can use the CIMB THAI Digital Banking mobile app to make QR payments in real time at traditional and online merchants in Indonesia. Similarly, CIMB Niaga customers who travel to Thailand will be able to use the QR payment feature on OCTO Mobile (CIMB Niaga’s mobile banking application) to pay for transactions in the country. Tourists and merchants in both Thailand and Indonesia will be the recipients of the benefits of this initiative, in line with the gradual recovery in travel as nations recover from the pandemic. In Indonesia, the QR Code payments will be enabled through the Quick Response Code Indonesian Standard (QRIS) to pay for goods and services at merchants.  In Thailand, QR Code payments are enabled through Thai QR Codes.

Mr Paul Wong Chee Kin, President and CEO, CIMB Thai said, “Cross-border QR Code Payment between Thailand and Indonesia is the second corridor to be enabled in ASEAN with the participation of CIMB Thai, and is a positive step forward  in widening  payment connectivity within the ASEAN region. We’re excited to see customers in ASEAN connect more closely, through real time consumer and merchant payments and we look forward to increased participation in cross-border travel and economic activity as the region progressively reopens its borders across ASEAN.”

Mr Tigor M. Siahaan, President Director, CIMB Niaga said, “The expansion of QR Code payments in ASEAN reflects forward-looking advancement in regional financial integration through digital innovation. It is an honour that CIMB Niaga, CIMB Thai and other members of the CIMB Group are working closely together to serve our customers better across the ASEAN region.”

In June 2021, CIMB Thai also announced its participation in providing QR payment linkage between Thailand and Malaysian, as part of a collaboration between the Bank of Thailand and Bank Negara Malaysia in furthering the convenience of digital payments in the Thai-Malaysia corridor.

CIMB Group, with presence across all 10 ASEAN countries, has currently provided its customers with cross-border convenience through services such as the [email protected] mobile app, which assists business customers in managing their accounts across multiple countries in a single app while CIMB customers across ASEAN can use their debit card to withdraw money from CIMB ATMs in ASEAN with no charge.