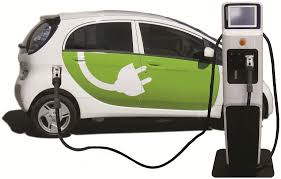 In an interview with The Nation, Gu cited China as an example where EV sales have already topped 1 million units due to the Chinese government’s adoption of a car ownership policy that favours EVs.

Free ownership licences have been granted to those who want to buy electric vehicles so the country’s EV adoption has accelerated over the past several years.

China is currently the world’s largest automotive market with annual sales of over 22 million units.

According to Gu, appropriate market mechanisms are also needed to ensure that the EV demand growth is sustainable in order to deliver a better quality of life for city residents currently affected by air pollution resulting from combustion-engine vehicles.

For Thailand, he suggested that the government start with the introduction of electric buses that can go for 200-300 kilometres after one charge. In addition, electric motorbikes should be widely adopted as in China and Vietnam to help reduce air pollution.

In a bid to promote the concept of e-mobility, ABB has been a key sponsor of the Formula E or E-Prix, with the latest two races held in Hong Kong and another in the Chinese city of Sanya last month.

Formula E races are seen as a powerful platform to communicate with global audiences to boost public awareness for smart transport as part of the ABB vision for smart cities.

However, Gu said the advent of e-mobility in the form of various electric vehicles will also lead to global energy structural changes.

Gu said e-mobility is more efficient and friendly to the environment when compared to vehicles using fossil energy, especially in mega-cities around the world where the quality of life will be improved due to adoption of EVs in place of combustion-engine vehicles.

EVs are now capable of achieving a 300km drive after one charge while ABB’s technology can now charge a battery pack for a 200km drive within eight minutes.

Power utilities in Thailand and other countries will also have to upgrade their infrastructure to cope with the new demand/supply patterns with more renewable energies added to the current energy mix.

Meanwhile, Claudio Facchin, ABB’s president of power grids, said e-mobility will likely account for 10-15 per cent of the world’s total electricity consumption in the next 1-2 decades.

This will pose new challenges on power grids or the supply side of electricity.

According to Facchin, ABB has been transitioning to the business of industrial digitalisation, robotics, automation, smart cities, and a new energy structure with more renewables such as solar and wind energies.

However, these renewable energies are intermittent, making it necessary to manage the supply side with storage facilities to achieve energy stability.

By 2030, renewable energies are forecast to account for as much as 85 per cent of the new capacity installed, up from 50 per cent in 2015.

He said storage batteries are required to handle intermittent renewable energies along with the adoption of micro-grids for interconnection of the national grid.

In addition, digitalisation of energy management has advanced with more sensors and data analytic tools adopted to increase efficiency as well as to improve infrastructure maintenance.

According to Facchin, the e-mobility progress depends on the cost of the battery, which has been declining due to greater global demand as the cost of EVs is projected to be on par with combustion-engine vehicles around 2023.

For e-buses, he said, big cities should consider adopting an urban transportation system with overhead charging equipment while buses stop at every bus station.

Regarding the “Industry 4.0” initiative, he said the firm has launched the ABB Ability platform for cloud-based edge and other computing facilities to support digital transformation of various industries.

In Thailand, food and beverage, automotive parts and other sectors have turned to automation and digitalisation to lower cost, while boosting efficiency with the use of data analytics.