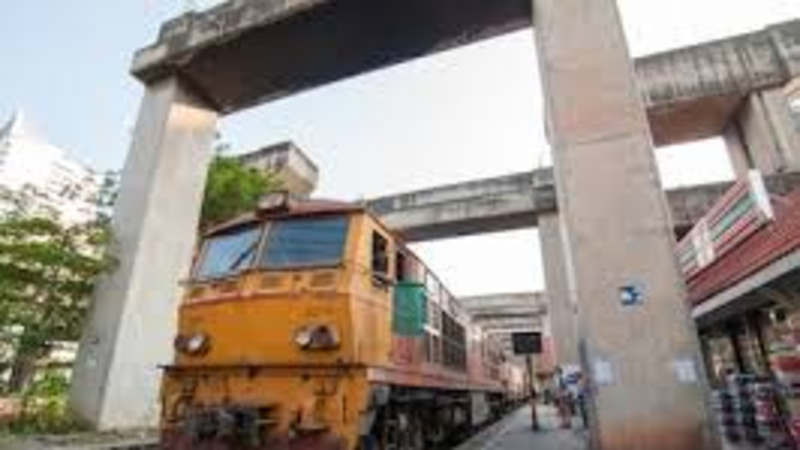 THE STATE RAILWAY of Thailand (SRT)’s liability in the Hopewell compensation case could top Bt25 billion once interest charges are included, according to deputy SRT governor Ek Sittivaekin.

On April 23, the Supreme Administrative Court upheld an arbitration committee’s ruling in favour of Hong Kong-based Hopewell Co, whose Bt80-billion elevated road and train project in Bangkok was scrapped by the government in 1998.

As a result, SRT, which had signed the 30-year concession contract with Hopewell (Thailand) Co, has been ordered by the court to pay Bt11.88 billion in compensation at 7.5 per cent interest per annum.

According to Ek, the interest works out to approximately Bt13 billion plus the principal of Bt11.88 billion.

Dr Samart Rajpolasit, a former deputy governor of Bangkok and Democrat Party member, suggested that the SRT initiate negotiations with Hopewell to settle the massive compensation issue and the government should avoid using an arbitration mechanism to settle contractual disputes with the private sector in the future.

According to Samart, the government is at a disadvantage when an arbitration committee settles |disputes, even though in the Hopewell case the government chose to terminate the contract after the private firm only managed to |complete 13 per cent of the project in more than seven years.

Earlier, Hopewell’s lawsuit against the SRT had been dismissed by the lower Administrative Court, which said the case had run out of the statute of limitations.

The government officially terminated the contract in 1998, after Hopewell missed several construction deadlines and appeared highly unlikely to complete the project according to schedule.

After signing the 30-year concession in 1990, Hopewell ran into financial and liquidity problems, but its argument was that the SRT was not able to hand over land plots as scheduled, as a result construction could not go ahead.

When the contract was terminated in 1998, Hopewell only had two years left to build the remainder of the 60-kilometre system.

Samart said the Administrative Court had previously dismissed the Hopewell compensation case on grounds that the case’s statute of limitations had expired in 2003 – five years after the contract was terminated.

However, Hopewell approached the Supreme Administrative Court, which upheld the arbitration committee’s ruling in favour of the company.

It is understood that the high court counted the case’s statute of limitations from 2001 when the administrative court system was set up in Thailand – rather than the contract’s termination date in 1998.

Samart said court verdicts are based mainly on the legality of the arbitration committee’s ruling, which is stipulated in the concession contract as a mechanism to settle any dispute between the government and the private company.

According to the Hopewell contract, the arbitration committee has three members – one each from the Thai government and the private firm, with the third member jointly chosen to perform the arbitration duty.

Samart said new contracts between state and private firms should stipulate that disputes be settled in court, so judges are empowered to examine the merits of each case in detail, rather than just the legality of dispute-settlement mechanisms as in the Hopewell |case.

The SRT board of directors met yesterday to discuss the court ruling for the agency to pay the compensation within 180 days. Ek said the government might have to obtain a loan for the SRT to pay this massive amount in instalments.