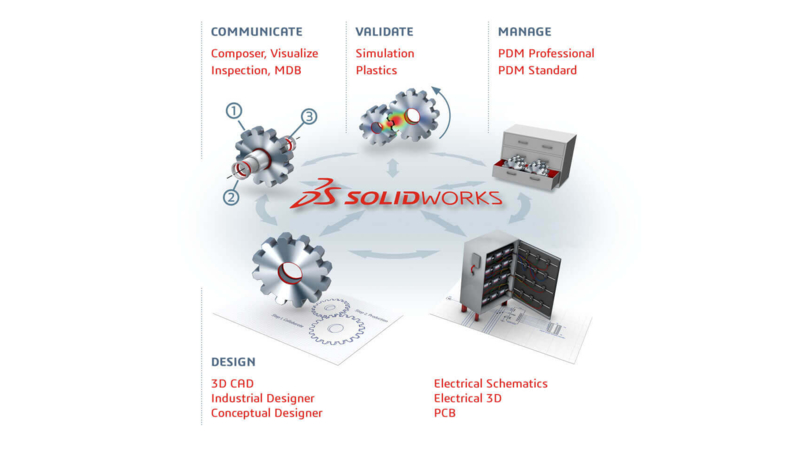 A NEW generation of three-dimension (3D) design software and other tools will help accelerate the Thailand 4.0 industrial programme, according to top executives of Dassault Systemes Solidworks.

French-owned Solidworks, which will hold a conference in Bangkok next month, is expanding its presence in the Thai market, especially via education and manufacturing sectors, to usher in a new era of designing and making products using 3D tools on cloud-based computing facilities.

Speaking at the Solidworks World 2019 conference in the US, Gian Paolo Bassi, CEO of Dassault Systemes Solidworks, said the firm’s 3DExperience platform allows collaborative planning, designing, simulating, and manufacturing activities in one place to facilitate the so-called industrial renaissance.

At present, Solidworks has about 6 million users worldwide for design and manufacturing work including 3.5 million users in 32,000 schools and universities plus a global network of about 1,600 Fab Lab (Fabrication Laboratory) locations.

According to Bassi, the cloud-based platform, for example, allows people in various locations to collaborate on planning and designing a flyover bridge on screen with multiple simulations to effectively solve a city’s traffic jams using real time traffic and other data.

Bernard Charles, CEO of Dassault Systemes, cited Ecco as another example in which the footware company uses data analytics in designing shoe soles on a personalised basis as part of a mass-customisation business strategy.

Suchit Jain, vice president of Solidworks, said the convergence of technology, art and business has opened up new product opportunities, especially those featuring integrated mechatonics (mechanical and electronic combinations) and plastonics (3D-printed electronics) as well as connected hardware (internet of things or IoT).

In this context, he said, technology has democratised the business of making new products, while the Fab Lab Foundation has helped inspire kids to design and make things as part of the workforce of future.

According to the Fab Academy, today’s students need to focus on science, technology, engineering and maths (STEM) education which forms the backbone of the workforce of future.

In addition, schools and universities need to encourage students to do more project-based work.

Jain said new technologies also facilitate the boom of business start-ups, and established enterprises are no longer safe in their comfort zone due to constant challenges from these disruptive newcomers.

Overall, formal education has to undergo drastic reforms to meet the new challenges in the labour market as today’s education format was designed for 20th century jobs, not the new ones emerging today, said an industry source.

In addition, the existing workforce has to be retrained to keep up with new technologies which need collaboration in a community format, while universities should offer courses to their alumni to up-skill and re-skill.

Government, education and business sectors are also expected to work together to play the leading role in this transformation amid cultural challenges in some educational institutes preferring to keep their status quo.