What decarbonization means for utility goals and the digital grid 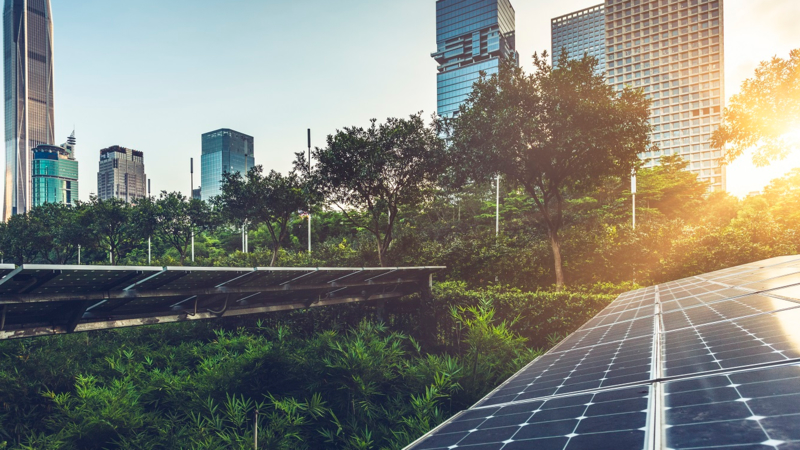 As electric utilities around the world rebalance their power generation portfolios in favor of renewable energy sources, the demands of a rapidly changing climate are requiring them to do much more. Beyond adding renewable generation or retiring carbon-polluting energy sources, utilities must operate their grids much differently in order to achieve increasingly aggressive decarbonization targets.

Decarbonization – precisely what is it and why utilities should be concerned?

There seem to be a wide range of terms being used interchangeably when we talk of limiting global warming to 1.5°C and reducing our carbon footprint. While in practice decarbonization, carbon neutrality, net zero, are used interchangeably, the Intergovernmental Panel on Climate Change (IPCC) provides a clear definition for each term.

Net-zero emissions encompasses all greenhouse gas (GHG) emissions, but also refers to balancing the emitted GHGs with the removed GHGs within a specifies time period.

Carbon neutrality technically reflects only carbon. According to the European Parliament, climate – or carbon – neutrality is achieved when “the same amount of carbon dioxide is emitted (CO2) into the atmosphere as it is removed by different means, achieving a zero balance, also known as a zero carbon footprint.”

Decarbonization is the process by which countries, individuals, or other entities aim to achieve zero fossil carbon existence. For the power sector, it means reducing the emissions per unit of electricity generated thus reducing the carbon intensity.

Cleaning up the electricity sector is the key to economy-wide decarbonization, and electric utilities have a large role to play in making sure we are on the path toward a livable future. While achieving a low carbon economy is no doubt a significantly ambitious goal, utilities and nations are already working toward it. In 2018, Xcel Energy in the United States was the first large U.S. utility to pledge net-zero with a vision of 100% carbon-free electricity by 2050. ; in 2019, Arizona Public Service (APS) came in as the second US utility to announce a goal to deliver 100 percent clean, carbon-free electricity to customers by 2050.  The United Kingdom was the first major economy, in 2019, to commit to reduced carbon emissions by 2050, more recently with their Ten Point Plan towards a green industrial revolution

Here at Schneider Electric, in addition to assisting customers like Xcel and APS with market leading grid management solutions, we have been aggressive about setting our own carbon neutrality goals, including achieving net-zero operational emissions by 2030; demonstrating carbon neutrality in our extended ecosystem by 2025; and reaching a net-zero supply chain by 2050.

The traditional way of producing and distributing electricity will not bring about a new, cleaner future. Carbon neutrality goals will reshape every aspect of the utility industry, particularly grid operations. If you are a utility planning on a low-carbon future, consider how digitizing the following three areas will support your goals.

A distributed energy resource (DER) is a small-scale unit of power generation which is operated locally and connected to a larger power grid at the distribution level. They include solar panels, battery energy storage systems, electric vehicles, small natural gas-fueled generators,  controllable loads, etc. It is important to note that the energy made available by DER is generated and consumed locally.

As the world moves toward a low carbon economy, the deployment of DER will continue to increase. However, DER are a challenge for utility operations, planning and resource integration. This is where digitalization and automation of the grid is essential. utilities can better monitor and estimate their current and future state, model real-time and forecasted activity and optimize management and control.

An advanced distribution management system (ADMS) is the bridge between operations management (OT) and information management (IT) and is a foundational strategy for a net-zero utility. ADMS helps utilities better manage the grid, including monitoring, analysis, control, optimization, planning, and training tools that all function on a common representation of the electric distribution network (aka a digital twin). By merging distribution management (DMS), outage management (OMS), and supervisory control and data acquisition (SCADA) systems into one solution, utilities can maximize the benefits of an evolving smart gird.

While many utilities have stated carbon-neutral goals, it needs to be backed by necessary actions to decarbonize. Utilities need to increasingly invest in new ways to manage their business, infrastructure, systems, employees, customers and new stakeholders while planning for a low-carbon future. Additionally, they must retire existing coal plants by 2030, revisit plans to build new gas plants and facilitate clean energy much faster.