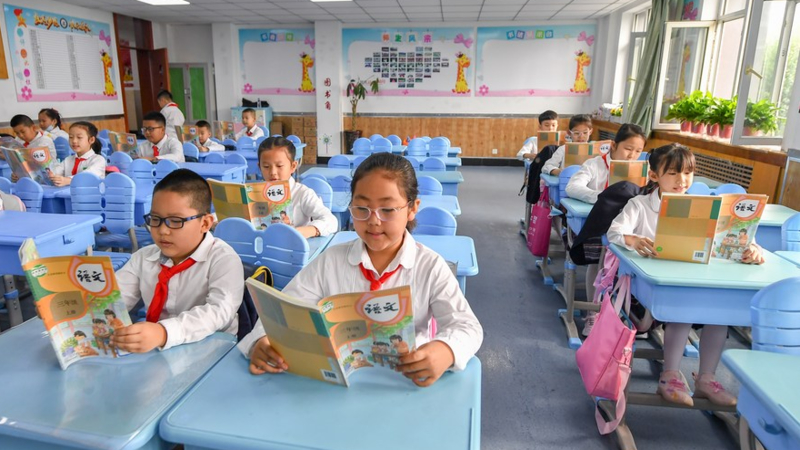 Primary students read in the morning session at a school in Changchun, Jilin Province, Aug. 23, 2021.

China's National Press and Publication Administration (NPPA) has released a notice on preventing minors from becoming addicted to online games.

Online game providers can only offer one-hour services to minors from 8 p.m. to 9 p.m. on Fridays, Saturdays and Sundays, as well as on official holidays, according to the document made public on Monday.

It also urged the strict implementation of real-name registration and logins, saying that online game providers must not provide any form of game service to users who fail to register and log in using their real identifications.

Press and publication administrations at all levels have been asked to supervise the implementation of related measures and deal with companies that fail to put measures in place.

Minors' addiction to online games has drawn much attention from the society, an official with the NPPA said, adding that the newly-released notice is meant for minors who are still in the developmental stage physically and mentally, and have poor self-control.

A limited amount of gaming time for minors is understandable and acceptable as some online games can play an active role in their development, like sports, programming or chess, the official told Xinhua.

In 2020, over 10,000 games had been checked by the NPPA, and more than 50 companies have been admonished and handled.

The NPPA has pledged to carry out a special campaign in primary and middle schools, and efforts will be made to strengthen communication among the online gaming industry, parents, teachers and schools to create a better environment for the healthy development of minors.