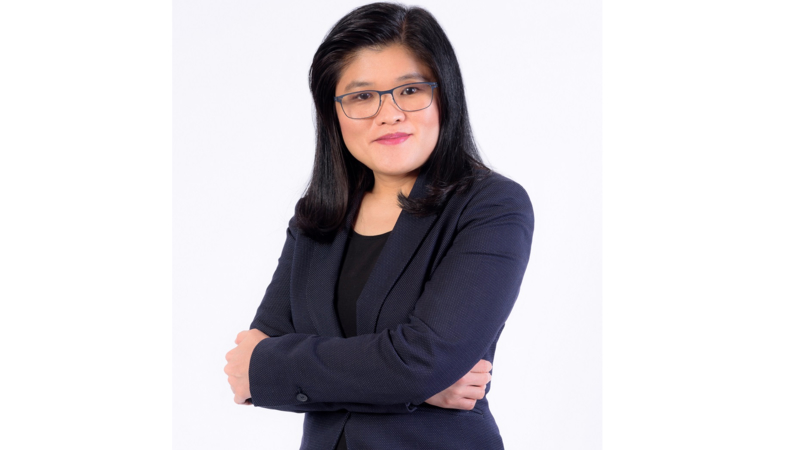 Central banks in Thailand and Hong Kong SAR have the most mature interbank/wholesale central bank digital currency (CBDC) project in the world, a report by PwC reveals.

The “PwC Global CBDC Index 2021” analyses central banks’ level of maturity in deploying their own digital currency, including tracking their progress and stance on CBDC development. 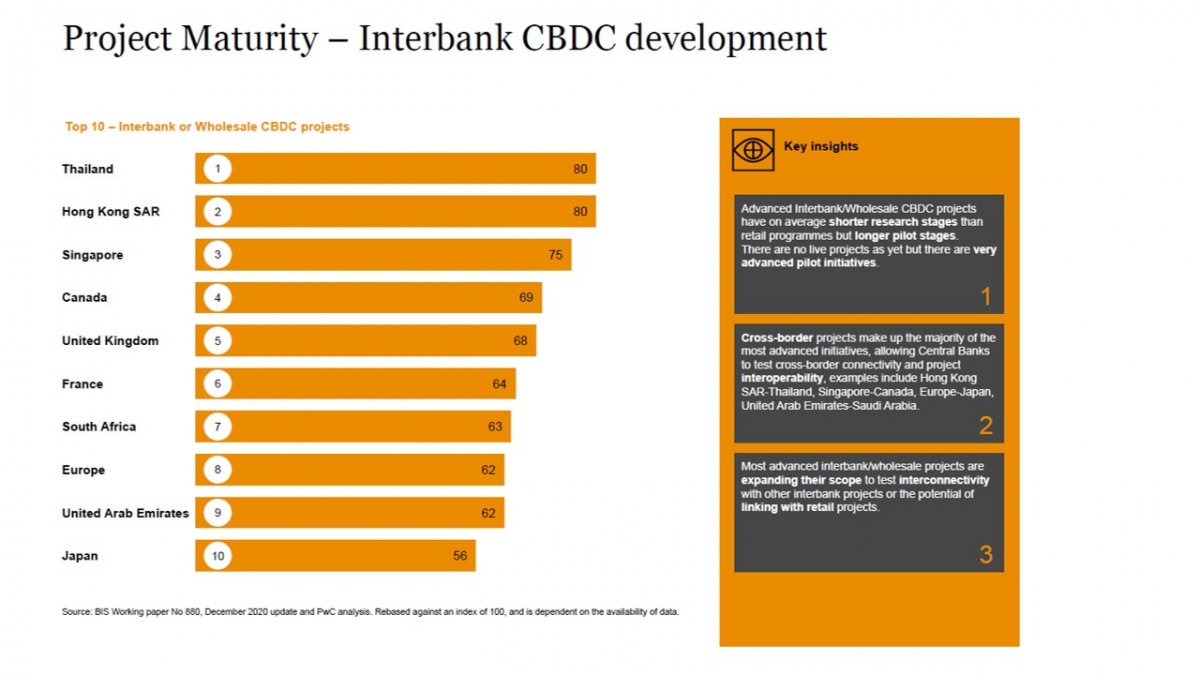 Thailand and Hong Kong SAR topped the rankings as the world’s most mature interbank/wholesale project. They both achieved a score of 80 due to the Project Inthanon-LionRock initiated by the Bank of Thailand (BOT) and the Hong Kong Monetary Authority (HKMA).

“Project Inthanon-LionRock is by far the most advanced wholesale CBDC project both in terms of the design and overall development,” Vilaiporn said.

“In 2019 the two central bank authorities initiated the project to test the application of CBDC to cross-border payments, leading to the development of a software prototype both for cross-border settlements and a range of other uses,” she said.

Now in phase two, the joint project is evolving from bilateral cross-border uses to functions involving multiple jurisdictions and currencies that are further enhancing the financial infrastructure for cross-border payments.

In February 2021, the Central Bank of the United Arab Emirates (CBUAE) and the Digital Currency Institute of the People’s Bank of China (PBC DCI) joined Project Inthanon-LionRock and renamed the project as “Multiple Central Bank Digital Currency (m-CBDC) Bridge, or “m-CBDC Bridge”. It will study potential outcomes in a multi-jurisdictional context as it evaluates the feasibility of the project.

More than 60 central banks have already entered the digital currency race, according to the report. 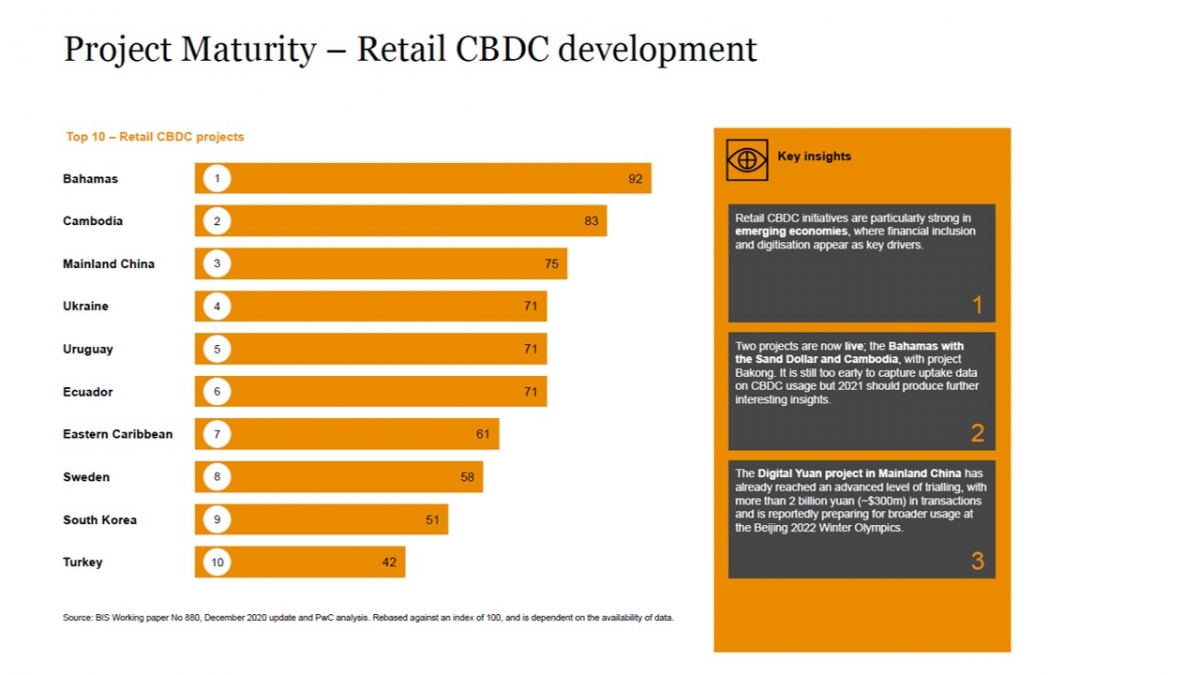 The retail CBDC ranking placed the Bahamas at the top (with a score of 92) for its Sand Dollar, the world’s first digital currency issued by a central bank. This was followed by Cambodia’s Project Bakong (83). Both projects are now live.

Three CBDC trends to watch out for in 2021

A PwC report also identified three CBDC trends to watch out for this year as follows:

“The next step of CBDC development in Thailand is to accelerate its very advanced pilot wholesale CBDC initiative to a live project. Meanwhile, the central bank is seeking public opinions until the middle of June on developing and issuing a retail digital currency.

“We believe that exploring the potential of retail CBDC will help to open doors for more diverse and inclusive financial services for citizens. Introducing CBDC can improve tax collection and better manage money-laundering risks. However, further understanding the implications for monetary policy and the evolving roles of a central bank and financial institutions will all be key factors driving the future success of the country’s digital currency development.” Vilaiporn said.