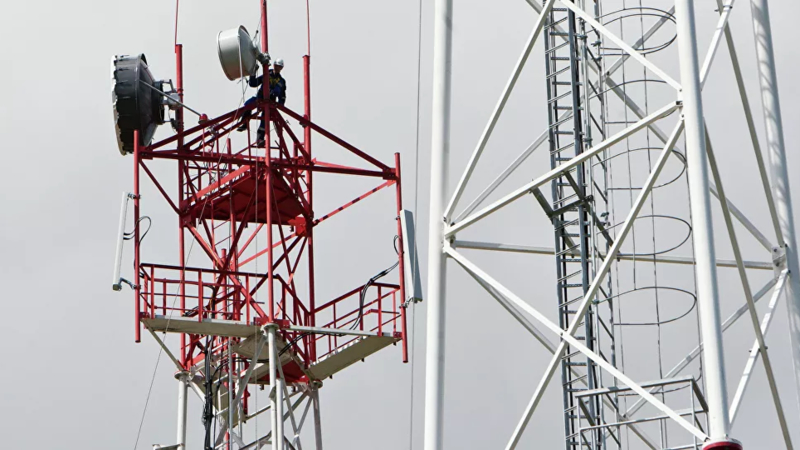 Increased efficiency in 5G spectrum auctions was key to smooth 5G rollouts across Europe, a top official for one of Europe's largest telcos said at a major event for international telecom operators.

Dozens of representatives attended the Total Telecom Congress 2020 on 27 October to discuss important topics on the global telecoms industry such as telecom network rollouts, emerging technologies and cybersecurity policy.

The annual event, which is attended by thousands of top organisations, brands and policy makers in the sector, was held online this year due to the ongoing COVID-19 pandemic.

The European Commission's 5G Action Plan urged the bloc to become a leader in 5G and called on member-states to build high capacity networks along with resolving barriers to 5G spectrum access, Mr Jochum explained.

But some had failed to deploy networks in a "fast and efficient manner", he said, adding that rollouts set by national political targets were disconnected from the "wider scope" of Europe's 5G infrastructure development.

Allocating state funds to licences instead of investments added further blockages to Europe's 5G deployment, despite current processes being conducted in an efficient manner, he explained.

“What we see at the moment is that auction of the 5G bandwidth is partly misused to introduce political goals, often in a discriminatory way that prevents efficient outcomes of the auctions and contradicts the original idea that auctions were designed for”, he said.

Despite the Commission's Action Plan, it was unable to intervene directly in deployment processes at the national level, he told the audience.

EU countries such as Italy struggled with "dysfunctional" auctions processes, but telcos in Finland, Austria and the Netherlands excelled in European markets, he revealed.

He also urged harmonisation of spectrum availability rather than just awarding spectrum to MNOs, adding market-driven approaches and sharing bandwidth should be prioritised over satisfying vertical markets.

But implementing such targets at the national level required a "reliable" framework for harmonisation, he stated.

“If Europe wants to lead in 5G, it needs to provide the basic resources to enable the investment in mobile network operators instead of just dragging money through options, artificially limit the access to spectrum, and even enabling free riding on existing infrastructure without investment,” He concluded.

When asked by Sputnik on the effects of excluding telecoms in auctions, Mr Jochum said security issues faced in Europe were a barrier for MNOs, but unclear rules in national security policy caused further barriers.

Despite this, security was a very important issue and "high on the agenda", but needed clearer rules to enforce.

But discussions on open radio access networks (OpenRAN) were important to building ecosystems for future 5G networks, where the emerging technology was less technical and more flexible to deploy, he said.

Governments and telecoms were encouraged to back OpenRAN in networks to reduce security risks, he added.

Ofcom's Philip Marnick told Sputnik that discussions on OpenRAN technologies were important and a "new way at looking at networks" but needed regulatory support in the coming years, adding such systems would "enable new suppliers" and open up networks to allow new players to operate in different parts of the telecom ecosystem.

"For those sort of things, its really interesting to see the industry look at new ways of doing things, developing new technologies, and facilitating those technologies in the networks," he concluded.

The panel discussion comes amid growing talks on emerging technologies in the telecoms industry, namely after the OpenRAN Policy Coalition launched in May this year to promote the telecoms platform in the industry.

Industry leaders were urged at an event in October to bring the technology up to scale with closer cooperation at the government level and additional sources of funding.

Huawei and spectrum bans in the US-China tech war

According to the PTS, the decision followed licencing consultations from the Swedish Armed forces and others, but a Huawei spokesperson said it was "surprised and disappointed" by the decision and urged Sweden to reconsider.

The UK also reversed its decision to allow the Chinese telecoms giant to build British networks in July amid mounting pressure from Washington, citing security risks and supply chain disruptions.

But the ban may risk roughly £100bn in economic benefits and more than 350,000 potential jobs outside London and Southeast of the country in the next ten years, according to a report from research firm Assembly.

Numerous countries, including Australia, New Zealand, Sweden and the UK have targeted Huawei, with further bans being considered by Germany and Canada amid tension in the US-China trade war.