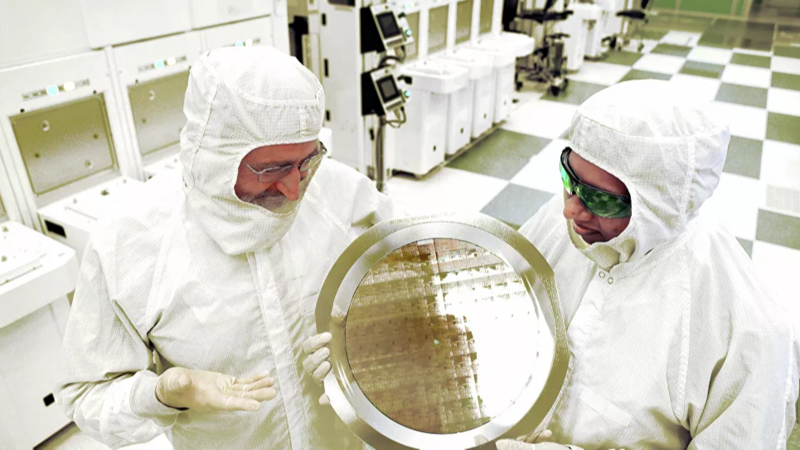 The news comes after the Trump administration extended a ban Chinese firms doing business with US tech companies in May, forcing the world's largest contract chipmaker to block shipments of processors to the world's largest IT equipment provider as the measures were due to enter force in September.

US restrictions on Huawei Technologies have sparked a massive stockpiling of chips in the global semiconductor industry amid a shortfall in funding from Washington, an analyst told Reuters on Monday.

Washington pledged roughly $22.8bn in June to the US chipmaking industry but the funds may not be sufficient as they cover just half the required amount, Dan Hutchenson, chief executive for VLSI Research told the Reuters Global Markets Forum.

“Under the surface, there’s been lots of inventory build-up. We’re seeing integrated circuit inventory levels that are more typical in front of a downturn. [It] really lacks the funding levels needed ... $50 billion is more likely to have the desired result,” he said.

US semiconductor suppliers may face a spike in demand due to the restrictions on Chinese supplies, he said, adding that the industry could face further issues "if they get locked out of China's market, while the door remains open for other countries".

According to the analyst, the ongoing coronavirus pandemic had restructured the US economy "to a level not seen since WWII" and that the chip industry was set to grow from 4 percent to 6 percent a year for several years.

China has also sought help from over 100 engineers and staff from Taiwan Semiconductor Manufacturing Company in August in a massive bid to develop mainland 12-nanometre and 14-nanometre chipmaking technologies amid Trump's measures passed in May to block US chip manufacturers from supplying Chinese tech firms with components.

Huawei may also launch plans to manufacture chipsets along with several firms in the mainland semiconductor industry to reduce dependence on US tech firms after Washington's restrictions blocked the Shenzhen-based firm's access to architecture for its flagship Kirin processors, reports in late August found.

Shanghai-based Semiconductor Manufacturing International Corporation (SMIC) has seen a surge in foreign and domestic investment after launching its initial public offering (IPO) after relocating from the New York Stock Exchange to the Shanghai Science and Technology Innovation (STAR) board, tripling shares for the mainland chipmaker from 27.46 yuan to 95 yuan.