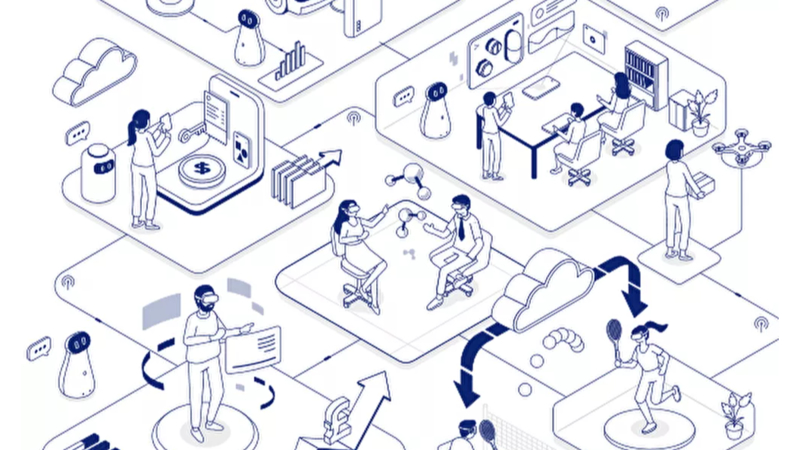 With much of the world still moving to introduce 5G, the fifth generation technology standard for cellular networks and high speed internet caught up in the US-China economic war, some futurists are already looking for the next big thing in the field of digital mobile connectivity.

South Korean tech giant Samsung has presented its estimate on the timing of the unveiling of 6G, predicting that the standard may begin to appear as soon as 2028, with mass commercialization expected to start around a decade from now, in 2030.

In a corporate white paper presented on Tuesday, Samsung promised that the technology would take the existing ‘internet of things’ applications envisioned under 5G – including everything from autonomous vehicles to remote controlled robots and home appliances connected to the internet, to the next level, bringing “the next hyper-connected experience to every corner of life.”

“While 5G commercialization is still in its initial stage, it’s never too early to start preparing for 6G because it typically takes around 10 years from the start of research to commercialization of a new generation of communications technology,” Sunghyun Choi, head of Samsung’s Advanced Communications Research Center, was quoted as saying.

“We’ve already launched the research and development of 6G technologies by building upon the experience and ability we have accumulated from working on multiple generations of communications technology, including 5G. Going forward, we are committed to leading the standardization of 6G in collaboration with various stakeholders across industry, academia and government fields, the company official added.

Samsung’s 6G vision outlines a number of futuristic concepts, from the wide-spread use of internet connectivity by machines and AI, to the ability to display human-sized volumetric holograms at presently unfathomable speeds of several terabits a second, to 16k virtual reality, and other technologies which remain in their infancy today in comparison to the company’s projections.

Naturally given the subject matter, Samsung sees internet speed and reliability as 6G’s core feature, suggesting that while 5G has been designed for a 20 gigabyte per second peak data rate, for 6G it’s expected to reach 1,000 gigabytes per second, “and a user experienced data rate of 1Gbps.”

At this stage, Samsung is hoping to achieve these speeds using the terahertz radio spectrum, which will require an even denser array of antennas than 5G, as well as improved radio spectral efficiency.

Along with Samsung, Chinese tech giants Huawei and Xiaomi, as well as Swedish telecoms firm Ericsson, are also working on 6G. Samsung expects the international standardization of 6G to start next year.

Mobile providers began the deployment of the 5G cellular network standard in 2019, with 224 operators in 88 countries carrying out testing or building networks, and South Korea, China, and the US leading the world in adoption. The construction of 5G has been complicated by the broader US-China trade conflict, with Washington pressuring allies against the use of 5G infrastructure by Chinese firms such as Huawei on the grounds that it will be used by China’s Communist Party to spy on the West. Beijing has dismissed such claims and accused the US of using unfair trade practices.