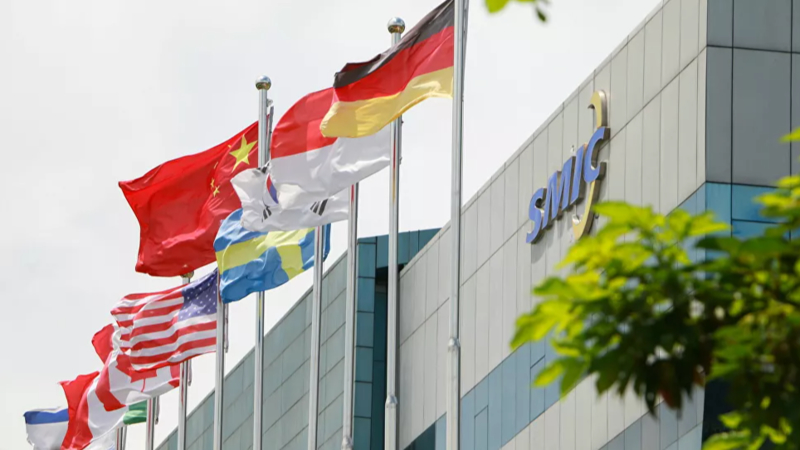 The news comes as investors have begun massive levels of investment in the mainland tech firm's push for self-sufficiency, with the chipmaker reaching a $31.7bn capitalisation this year and stocks surging 12.8 percent to $4.84 (37.55 HKD) on Monday, figures show.

The company will post its stocks on the Science and Technology Innovation Board (STAR) in Shanghai, becoming the world's largest stock sale in 2020, according to data.

According to SMIC, the funds would help the company build chip production and research facilities, among others. The sale would give the Chinese firm a massive boost in funding amid the mainland's push for technological self-sufficiency.

SMIC announced plans for the listing in May, which were estimated from $2.4bn to $3bn by analysts, but the company's stocks in the Hong Kong market have tripled in value in 2020.

The news comes after the company reported historic revenues of $905m in May, up 8 percent quarter-to-quarter and 35 percent year-on-year, due to a spike in market demand.

"Advanced technology R&D and business are progressing smoothly, as we continue to expand in communications, smartphone, automotive and consumer electronics related fields. Our customers' feedback on 14nm is positive; our 14nm is covering both communications and automotive sectors with applications including low-end application processors, baseband and consumer related products. We decided to increase capital expenditure by $1.1 billion to a total of $4.3 billion, to meet the market demand," Dr. Zhao Haijun and Dr. Liang Mong Song, SMIC's Co-Chief Executive Officers said in a statement.

China's Rise As a Tech Powerhouse

The news comes as Washington ramped up tensions in the ongoing trade war with measures to restrict Chinese tech firms from accessing US semiconductor technologies, including suppliers of chips such as major firms such as Intel and AMD.

Hsinchu-based Taiwan Semiconductor Manufacturing Corp also announced in May it had halted new orders for Huawei products, citing knock on effects from US restrictions set to take effect in September.

But SMIC revealed in May it had begun mass-producing Kirin 710 chips for smartphones from Huawei subsidiary Honor, with similar chips set for use in a strategic partnership between Huawei and Chinese auto giant BYD for smart motors.

China has pledged $1.4tn USD in a major boost to the nation's tech industry, including massive investment in research and development, 5G and artificial intelligence in line with the State Council's 'Made in China 2025' programme.

US authorities have routinely accused Chinese tech giants such as Huawei, ZTE and others of spying for the Chinese government. Huawei and Beijing have repeatedly and sharply refuted the claims and demanded to see evidence.

To date, the US has not submitted any evidence to back its claims, according to Huawei officials.