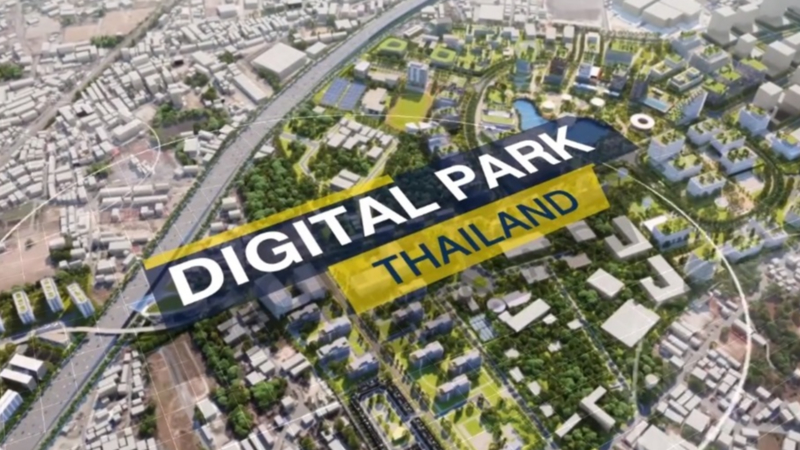 The Digital Economy Promotion Agency (Depa) is expected to issue new terms of reference shortly for the private sector to invest in the Digital Park Thailand project in Chonburi’s Sri Racha district.

Depa president and CEO Dr Nuttapon Nimmanphatcharin said the terms for bidding should have government approval soon after August.

The aim is to attract world-class tech firms to set up shop here for ventures in edutainment, drones, robots, e-sports and other technology.

“Digital Park Thailand will be implemented as a public-private sector participation [PPP] greenfield project,” Nuttapon said. “We plan to turn Sri Racha into an innovation city, with the government offering tax and other incentives to promote high-value-added software and digital industries such as content for games and movies or the design and manufacture of smart devices, as well as robots.

Nuttapon said an IoT institute would also be established at Digital Park to develop entrepreneurs for new growth industries such as those in 5G, cloud innovation labs, AI design labs and data analytic centres.

The availability of physical infrastructure, a digital eco-system and other supportive facilities is crucial to the success of investors in the IoT institute, who will be given tax incentives from the Board of Investment as well as work permits and other privileges for foreign staff.

“Other countries such as Indonesia help startups by pledging to buy products and services from them so that they have a ready market at the outset to generate income for further development and for survival,” he said.

Thailand offers no such a government procurement, so it’s more difficult for startups in terms of marketing their products in the initial stage.

“Over the past two years, Depa has supported dozens of Thai startups, including those in manufacturing, most of which focus on direct-selling their products. Other impressive startups include those for logistics and truck-sharing or hotel catering platforms,” Nuttapon said.

“Chef and hotel kitchen-sharing platforms, for example, are good for small hotels because they don’t have to invest a lot of money in catering services or hire many people.

“In fact, tech-driven startups are good for the overall economy because they boost productivity in various sectors facing tech disruption.

“We need e-payment, e-services, e-inventory, e-logistic via sharing platforms to reduce business costs, and even e-products, for which orders are shared among multiple factories.

“The digital transformation life-cycle covers the starting point, preparations, action plans and growth and has to be managed properly. Compared to Vietnam, Malaysia and Indonesia, the country’s transformation pace has been too slow, while our labour costs and business competition keep rising.”

For tech startups, he said, the challenge is to nurture enough successful entrepreneurs. Too few startups are succeeding here.

“Only 10 per cent will survive, so the government has to help by creating a favourable eco-system. We also need accelerator and incubator programmes, as well as early-stage business-growth funding etc,” he said.

Depa currently provides each qualified startup with a Bt50,000 grant, after which those showing promise can apply for a Bt1-million “angel’s fund”.

Depa has also introduced a digital-transformation fund to help startups and existing businesses and industries in the development and adoption of new technologies.

The planned IoT institute, Nuttapon said, will provide office space and other infrastructure and enable AI, virtual reality, augmented reality and 5G labs for the development of smart devices or robots.

“Thailand should focus on food catering, healthcare, tourism and related platforms to drive digital economic growth, because these are also scalable in foreign markets,” he said.