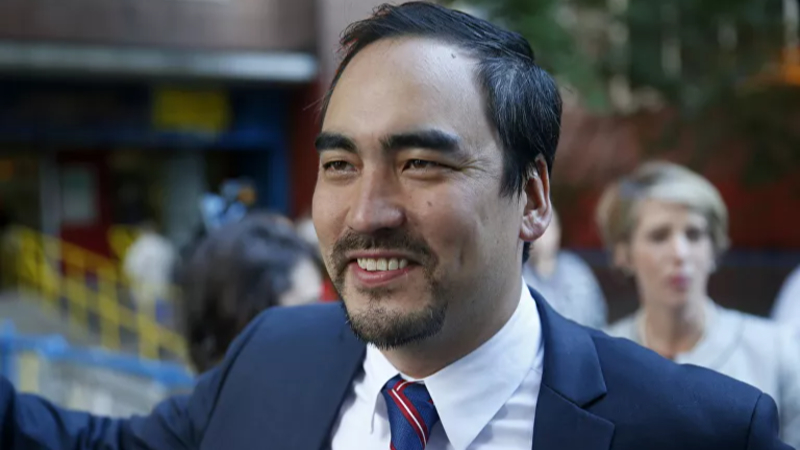 Earlier, the Biden administration revealed it would be assigning Tim Wu, a Columbia Law School professor who popularized the idea that major tech firms needed to be broken up, as special assistant to the president for technology and competition policy. The move has since suggested that the Biden White House intends to take a harsher stance on tech.

Tapping on two of the biggest critics of Big Tech, US President Joe Biden has begun to shed light on how his administration plans to address the growing technology sector, marking a stark difference to how the industry was approached under the Obama administration.

Citing sources familiar with the matter, several outlets reported on Tuesday that the Biden administration is in the process of vetting prominent antitrust scholar Lina Khan before she is nominated to serve as a potential commissioner with the US’ Federal Trade Commission (FTC).

The FBI is said to also be conducting a background check on Khan, according to Bloomberg News.

Khan is most known for writing the 2017 scholarly article “Amazon’s Antitrust Paradox,” which argued that the current US antitrust law is ill-suited to rein in tech giants, especially when it comes to the all-consuming reaches of online retailer Amazon. The groundbreaking report underscored how Amazon’s business model was crushing smaller companies.

“The company has positioned itself at the center of e-commerce and now serves as essential infrastructure for a host of other businesses that depend upon it,” Khan wrote at the time. “Elements of the firm’s structure and conduct pose anticompetitive concerns - yet it has escaped antitrust scrutiny.”

The Yale Law School graduate later went on to briefly work at the FTC and serve as an adviser for the House Judiciary antitrust subcommittee. During her time as an adviser, Khan helped to formulate an investigation into the anticompetitive conduct exhibited by Amazon, Apple, Google and Facebook.

The 16-month investigation eventually led to a 450-page report released by the subcommittee that effectively accused Big Tech companies of benefiting from monopoly power. The findings also included various recommendations that outlined how the government could best prevent monopolies, such as requiring the break up of some companies and ordering firms to make their services compatible with competitors.

The latest developments surrounding Khan’s alleged nomination came days after the Biden administration announced that Wu, who has been a prominent critic of the tech industry, would be working with the National Economic Council on tech matters.

In fact, Wu is credited for coining the term “net neutrality,” a principle that states internet providers should treat all communications through their cables and cell towers equally, and that the service should be free from control of the government.

William Kovacic, a professor at the George Washington University Law School and a former FTC commissioner, told Bloomberg that the appointment of Wu and the looming nomination of Khan is “a major step.”

“It’s another sign of the extraordinary success that the advocates of transformation have had in changing the debate and changing the policy-making context,” Kovacic added. “Just extraordinary. I don’t even think they foresaw that this would happen five years ago.”

Despite the praise, not everyone is thrilled with Khan’s potential nomination. Sen. Mike Lee (R-UT), who serves as the top Republican on the Senate Judiciary subcommittee on antitrust, issued a Tuesday statement and called reports surrounding Khan “deeply concerning,” criticizing the move over her lack of experience, and being fresh out of law school.

“Ms. Khan no doubt has a promising career ahead of her, but being less than four years out of law school, she lacks the experience necessary for such an important role as FTC Commissioner,” Lee said. “This moment is too important for our antitrust enforcers to be learning on the job.”

Incidentally, the reports surfaced as the Senate Judiciary Committee was also expected to hold its confirmation hearing of Vanita Gupta, a civil rights lawyer who has been nominated for associate attorney general, and who has also been critical of social media giant Facebook. Should Gupta be confirmed, she would oversee both the antitrust and civil-rights division of the US Justice Department.

At present, both Facebook and Google are already facing federal antitrust lawsuits that were filed under the Trump administration.