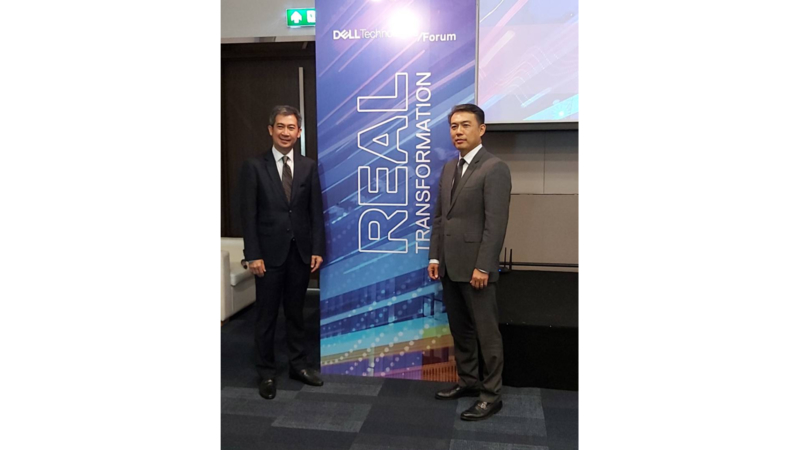 The power to change our lives across the globe lies in our uptake of emerging technologies such as 5G, AI, Extended Reality (XR), IoT and edge computing in the next era of human-machine partnerships, according to research conducted by Dell Technologies and the Institute for the Future (IFTF) which surveyed 1,100 business leaders across 10 countries in the Asia Pacific including Thailand and Japan called ‘The Future of Connected Living’.

To cope with the challenge and opportunities, organisations and governments must act now and prepare for the digital future in the coming decade.  5G, software-based technology to further enhance business productivity at super high speed capacity, can help companies operate competitively with automated systems, cutting work redundancy and unproductive costs while big data-driven analytical tools to predict consumer behaviours, trend, applicable marketing activities, monitoring and reporting could lead to more profit if things are on track.

Extended Reality, a superset of augmented reality, virtual reality (VR) and mixed reality, includes the entire spectrum from ‘the complete real’ to ‘the complete virtual’ in the concept of reality.  It is anticipated that day-to-day immersion of networked reality will become an overlay on top of our existing reality as our digital environment extends beyond televisions, smartphones and other displays in the next decade of cyberspace. VR is most commonly used in entertainment applications such as video gaming and 3D cinemas.   VR has now been widely adopted by businesses that are high-risk in nature, unsafe and harmful to human life, such as exploration-related activities. However, AI calls for regulations and clarity on how it is used while the issue of navigating the impact of digital disruption would cause concerns and pose challenges for organisations and governments.

Commenting on the growing adoption of emerging technologies in Thailand,  Noppadol Punyatipat, managing director of Dell Technologies (Thailand), said: “Emerging technologies will transform our lives in ways that we’ve never experienced before. As the Thai government continues to forge ahead with its Thailand 4.0 and the Digital Thailand ambitions, significant investments will have to be made to address emerging issues that would impact the digital economy, including governance for artificial intelligence, mobile payments and establishing digital identities. It’s important for us to continue discussing and exploring how we will realise this future with immersive human-machine partnerships.”

We also need to rethink how we can adapt to a highly personalised ‘operating system for living’ that holds the potential to drive human progress and free up our time for more productive and creative works as well as the ability to work in unclear environment of a human-machine cyberspace world.