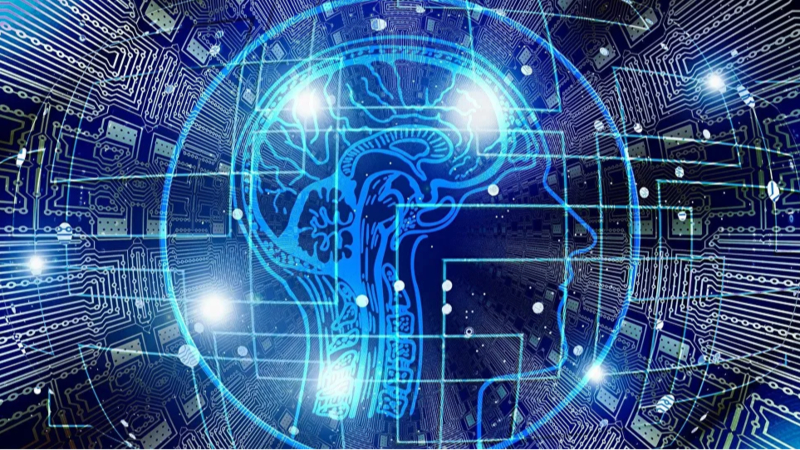 The discovery has led to a new polymer that allows humans to integrate electronics into the brain after challenges with substances such as gold, steel and silicon resulted in scarring of organic tissue.

A major breakthrough in materials research may allow the human brain to link with artificial intelligence, it was announced at an American Chemical Society Fall 2020 event on Monday.

Scarring due to previously used materials can block electrical signals transmitted from computers to the brain, but University of Delaware researchers developed new types of polymers aimed at overcoming the risks.

"We got the idea for this project because we were trying to interface rigid organic microelectrodes with the brain, but brains are made out of organic, salty, live materials. It wasn't working well, so we thought there must be a better way. We started looking at organic electronic materials like conjugated polymers that were being used in non-biological devices. We found a chemically stable example that was sold commercially as an antistatic coating for electronic displays," study lead Dr David Martin said as quoted by the Independent.

According to the research, PEDOT film combined with antibodies can detect tumour growths in the body in early stages as well as brain and nervous system disorders, among others.

"Name your favourite biomolecule, and you can in principle make a Pedot film that has whatever biofunctional group you might be interested in," Dr Martin added.

The announcement comes after numerous companies revealed they will develop technologies to interface the human brain with AI, including Neuralink founder Elon Musk, who plans to reveal further details on its brain chips later in August.

Such technologies could provide "full-bandwidth data streaming" via USB-C, the startup wrote in a study last year.

Further enhancements to the human body included curing depression and addictions as well as detecting 'beyond normal frequencies', the Tesla chief executive said.

Mr Musk also warned in a public talk with former Alibaba chief Jack Ma that AI could overtake humans in the next five years.