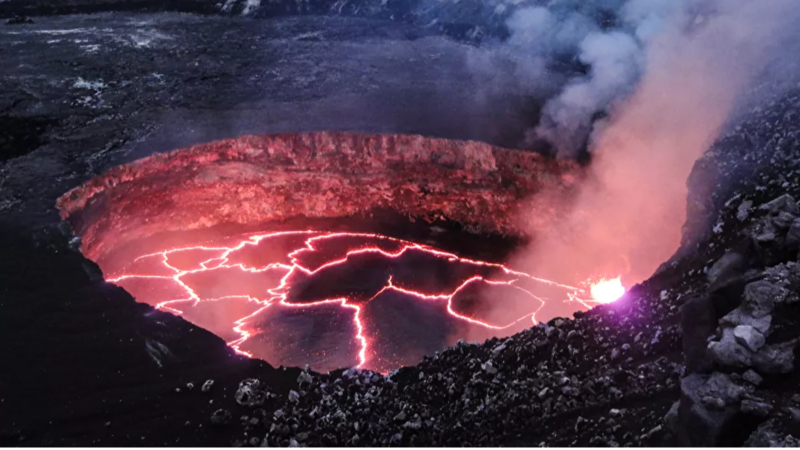 A succession of mysterious multiplying minor earthquakes have rumbled in Southern California since 2016, with most of the 22,000 temblors too small to even be felt by humans. The source of this activity has puzzled scientists for years.

Naturally circulating groundwater was the source of a succession of tiny earthquakes that rumbled for four years underneath the Southern California town of Cahuilla, claims a new seismological study published in Science on 19 June.

According to authors of the report, entitled “3D fault architecture controls the dynamism of earthquake swarms”, they utilized advanced methods of earthquake monitoring, resorting to a computer algorithm to recognize the faint rumbles, identify their probable source, and track how swarms such as this one spread through complex fault networks.

“We used to think of faults more in terms of two dimensions: like giant cracks extending into the earth… What we’re learning is that you really need to understand the fault in three dimensions to get a clear picture of why earthquake swarms occur,” Zachary Ross, assistant professor of geophysics at the California Institute of Technology who led the study was quoted by Science Daily as saying.

According to the seismologist, seismic signals are constantly being recorded in tectonically active Southern California, and the database of these tremors was used by Ross and colleagues from Caltech, the United States Geological Survey (USGS), and the University of Texas at Austin to train computers to distinguish the ground movements of minute earthquakes.

Unlike mainshock/aftershock sequences of a large earthquake, in the case of minute swarms like the one studied, there is typically no single standout tremor.

The millions of tiny quakes identified by the IT algorithm can be used, says the study, to create high-resolution, 3D images of the underground area in a particular region.

The California Cahuilla swarm of earthquakes is a spate of minor temblors that occurred between 2016 and 2019 near Mt. San Jacinto in Southern California.

Intrigued to seek out the source of the activity, the team of seismologists used the above-mentioned quake-detection algorithms with deep neural networks to compile a detailed catalog of over 22,000 seismic events in the area.

Once the work was completed, it shed light on a narrow, 50-meter wide fault zone with steep curves when viewed in profile. It was these curves, says Ross, that revealed the reason for several years of seismic activity in the region.

The leading potential explanation for the swarms was groundwater circulation or a slow slippage on an active fault, known as fault creep, says the study.

Data from the Cahuilla swarm, believed to be “winding down”, also provided an insight into the evolution of the identified fault zone over time.

“You can see that the sequence [of earthquakes] originated from a region that’s only on the order of tens of meters wide,” said Ross.

The seismologist explained that in the course of four years the region spread diffusively into an expanding front of earthquake epicenters at a rate of about 5 meters per day. This process, claims the report, suggests that circulating groundwater is triggering the swarm.

Without spotting the actual fluids moving underground, nonetheless the seismologists speculate that a reservoir of groundwater that previously had no access to the zone lies underneath the fault zone.

Once that seal broke, the groundwater started seeping into one of the faults, triggering the original tremors.

As for why the swarm is decreasing its activity, the report says the groundwater most likely came across a barrier it is unable to penetrate.

The study has been hailed as not only showcasing how machine learning can help geologists probe the planet’s subterranean realms, but lending seismologists confidence to further apply the novel IT algorithm technique in studies of amassed seismic data in Southern California.