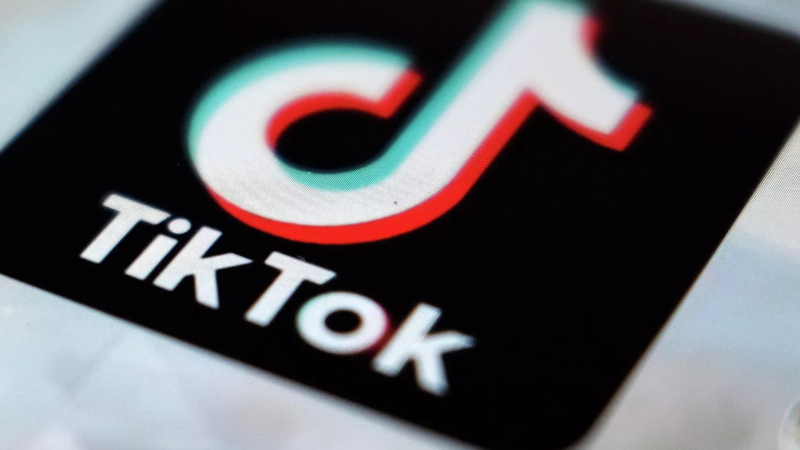 The US Senate passed the No TikTok on Government Devices Act on December 14 to ban the short-form video app from government smartphones, tablet PCs and laptops, citing national security concerns. TikTok has more than 100 million users in the US alone.

"People I know who work for the government are normally given government phones and computers and they have devices that they're only expected to use for work performance. But as is often the case, they get a brief, [and then] they look at it as a free phone and often use it for their personal reasons," Thomas W. Pauken II, author of 'US vs China: From Trade War to Reciprocal Deal' and Beijing-based consultant on Asia-Pacific affairs and geopolitical commentator, told Sputnik. "From a certain angle, it is understandable that they shouldn't really be using Tik Tok on their government devices."

The No TikTok on Government Devices Act came after half a dozen US states enacted bans on the use of the app by state employees. Last month, Kristi Noem, a Republican governor of South Dakota, banned TikTok on state government devices with GOP governors in Maryland, Texas, and South Carolina following suit.

The aforementioned Republican state officials claimed that China uses information that it "gathers" on TikTok to "manipulate" the American people. TikTok is owned by Chinese company ByteDance which is currently headquartered in Singapore. According to the US press, US armed forces have also blocked the app from their military gadgets.

On December 8, TikTok issued an official statement, announcing that it is creating "a Trust & Safety team within US Data Security (USDS) to build further trust and confidence in the protection of US user data and compliance."

"The newly created USDS Trust and Safety team will work on compliance, safety strategies, and moderation for content involving US users' private data," the statement said.

The US media also quoted the TikTok leadership as saying that they store all US user data in the US with a backup in Singapore.

Nonetheless, cross-party US senators came up with the anti-TikTok bill which is now set to be discussed in the House of Representatives. The lower chamber would need to pass the Senate bill before the current congressional session ends. Only after that, the legislation will go to US President Joe Biden's desk. Biden's predecessor, Donald Trump, tried to ban the app altogether in the US during his presidential tenure.

Pauken suggested that a TikTok ban obviously comes in handy for US Silicon Valley giants, which could fill the Chinese app's niche if it is prohibited altogether in the US.

At the same time, TikTok's ban could also be seen as part of a broader crackdown on China's tech companies by Washington. The trend started under then-President Donald Trump, who pushed for blacklisting dozens of major Chinese telecom companies, including Huawei. Joe Biden went further by restricting Chinese firms from getting leading-edge semiconductor technologies and expertise from western producers.

In August 2022, the US passed the CHIPS and Science Act which has been described by western observers as a new US policy of "actively strangling large segments of the Chinese technology industry."

For his part, Pauken remarked that the Chinese and US industries have long become intertwined, with Beijing exercising huge leverage over technology supply chains given its rare earth reserves.

The People's Republic not only boasts one of the largest mineral reserves, but it also produces around 85% of the world's rare earths. According to the 2022 US Geological Survey, between 2017 and 2020 the United States imported a whopping 78% of its rare earth metals from China, followed by Estonia (6%), Malaysia (5%) and Japan (4%). In addition, China-made inexpensive printed circuit boards also used to find their way into US equipment.

"Even if the US moves forward on decoupling, they're only hurting themselves, because most of the supply chains on the high-tech side originate from China," Pauken said. "Even the Taiwan Semiconductor Company, TSMC, has some concerns about investing into a foundry plant in Arizona, because most of their investments were in mainland China. In reality, a lot of these US and western companies are just hurting themselves if they really push for this decoupling."

According to Pauken, Beijing does not even need to "shoot back" when it comes to Washington's TikTok ban, because the US' decoupling from China is likely to backfire.

"China just has to prepare for this decoupling and then they'll just have to localize their technologies, which they've been doing already, because they had anticipated these actions from a long time ago," the Beijing-based commentator said. "If the US goes ahead, pushes forward with all these bans, business-wise, they're hurting themselves. China doesn't have to retaliate because they're punishing themselves for it."

The US move to impose restrictions on China and Russia's social media platforms will only add to the already growing distrust between the nations, according to Pauken.

"China and Russia are convenient targets for them because people in America really don't understand China or Russia," the commentator remarked. "The politicians can use these stereotypes about the Russians and Chinese that just somehow many Americans find perhaps they think is true. And if they believe it, then it's easier for these politicians to always blame the Chinese and the Russians for the problems they have."