No Remorse: Zuckerberg told staffers not to apologise for issues related to Facebook Papers - Report 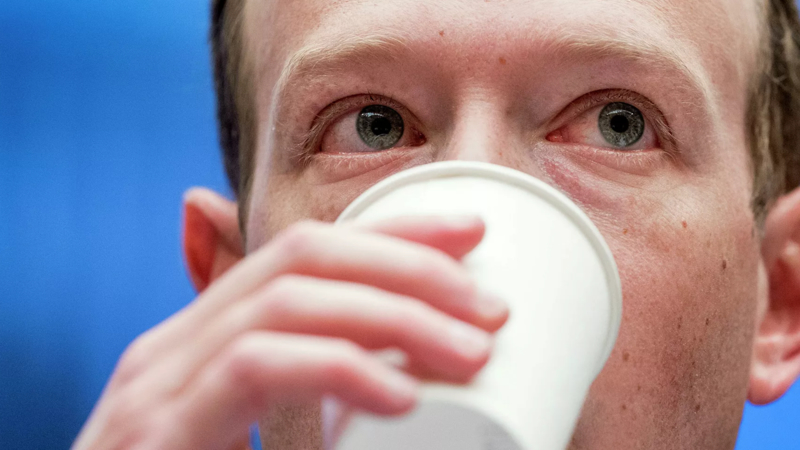 Since the publication of the so-called "Facebook Papers", the company, now officially Meta, has been struggling to fend off numerous accusations and even lawsuits about misinformation and immoral use of its own algorithms for users in order to get more profit.

Meta CEO Mark Zuckerberg told his employees not to apologise for Facebook's flaws while staffers were calling lawmakers in Washington, DC, in an attempt to discredit former employee whistleblower Frances Haugen, The Wall Street Journal reported on Wednesday.

According to the report citing insiders, the company's team in the District of Columbia reached out to Republicans and claimed that Haugen was a Democratic activist who wanted to boost President Biden's party in an attempt to prevent the parties from uniting in opposition to Meta, a holding company that owns Instagram and WhatsApp apart from Facebook.

In the meantime, Meta staffers reportedly warned Democrats that Haugen's revelations would be used to attack Meta's decision to prohibit posts in support of Kenosha shooter Kyle Rittenhouse, who was acquitted of murder and attempted murder charges this year.

This is an interesting shift in the company's strategy, as the classic crisis PR management approach indicates that the company should admit the existence of the problem as soon as possible, apologise, and lead the solution.

And during the company's previous crises, Zuckerberg and Sheryl Sandberg, the company's chief operating officer, have followed the standard procedure, always promising to make improvements.

Yet, after Haugen disclosed internal documents upon her departure this October revealing Instagram's harmful consequences on teen mental health, problems with combating human trafficking, and role in propagating political misinformation, Meta has adopted a tougher stance.

Moreover, Meta's new products were subjected to reputational assessments. According to the report, internal access settings for research conversations on themes such as mental health and radicalisation were restricted to individuals directly involved in the job to prevent further leaks. Researchers at the company told the WSJ they have been asked to submit work on sensitive issues for assessment by corporate lawyers, who have occasionally requested that examples of problems be removed from internal forums.

Insiders reportedly told the WSJ that after changing the name of the company and holding a presentation in a virtual format, Zuckerberg reportedly asked all of his employees to communicate through "Metaverse" avatars.

"The implication is that Facebook should look toward the future and not get bogged down in the messy past", the outlet suggested.

But most importantly, Zuckerberg has reportedly encouraged employees not to apologise and to respond more harshly to negative press.

The company's new approach was made public in early October, soon after the release of the internal documents, and consisted of the formula "when our work is being mischaracterised, we're not going to apologise. We're going to defend our record", per contemporary reports. And to boost that confidence, longtime board members such as venture capitalists Peter Thiel and Marc Andressen have backed Zuckerberg.

The so-called Facebook Papers started being released in September by the WSJ, which received the secret docs from Haugen herself. The reports detailed the harm caused by Facebook's platforms, as determined by its own analysts, as well as the problems it has in correcting them.

Since then, four US congressional hearings have been held on issues raised in the articles, and a bipartisan coalition of state attorneys general has launched an investigation into Instagram's effects on children. Additionally, more than a half-dozen senior Meta executives and employees have departed or announced their departures.

In turn, Facebook cited billions of dollars in investments in online safety, as well as collaborations with third-party groups and experts.

While some expressed scepticism of Haugen's proposed solutions, which include forming a federal regulator to oversee Facebook rather than breaking it up using antitrust law, there appears to be a consensus in Washington, DC, that her disclosures demonstrate that something needs to be done.

As of Wednesday, Meta shares were down about 1%. They have dropped roughly 10% since the first reports based on Haugen's leaks were published.