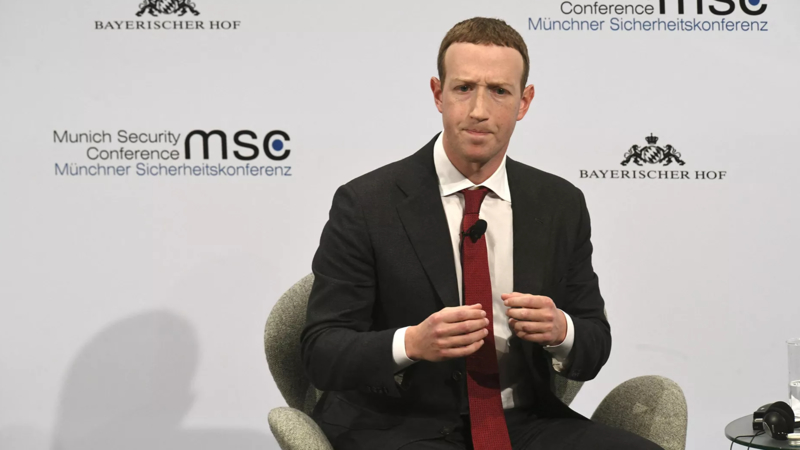 Facebook's Mark Zuckerberg has been named as a defendant for the first time in a consumer protection lawsuit stemming from the 2018 Cambridge Analytica scandal. How could the new legal battle backfire on the tech giant and what's behind speculation about Facebook's rebranding?

District of Columbia's Attorney General Karl Racine is seeking to hold the Facebook CEO personally liable under DC’s Consumer Protection Procedures Act. The legislation makes individuals accountable for company violations of the law if they knew about them at the time. "Our continuing investigation revealed that [Zuckeberg] was personally involved in decisions related to Cambridge Analytica and Facebook’s failure to protect user data," Racine tweeted on 20 October.

"In my view, Mr. Zuckerberg played an active role in the Cambridge Analytica case, so adding him to the suit makes sense," says Petros Iosifidis, professor in media and communication policy at City University London. "Facebook's corporate structure suggests that its founder takes the important decisions on matters."

The 2018 scandal erupted after The New York Times and The Guardian revealed that British political consulting firm Cambridge Analytica harvested information from 50 million Facebook profiles prior to the 2016 election in the US. Later, the tech giant specified that data from a whopping 87 million profiles was improperly shared with the British company. At the time, Facebook allowed third-party access to many features which paved the way for Cambridge Analytica's data harvesting. The scandal also triggered concerns as to how the British company may have used the obtained information to target US users ahead of the 2016 presidential race.

Judging from the lawsuit's non-redacted sections, Zuckerberg was closely involved in Facebook operations, CNBC News pointed out. Moreover, the CEO owns over half of the voting shares in the tech giant, which grants him immense control over the business.

However, it appears unlikely that Zuckerberg will face a large fine or lose his power in the near future as he has "one of the most solid appointments in Silicon Valley," says Kevin Curran, professor of cyber security at Ulster University and group leader for the Ambient Intelligence & Virtual Worlds Research Group at the Computer Science Research Institute.

New Rules and Regulations May Be Around the Corner

Nevertheless, the Cambridge Analytica case may backfire on Facebook and other social media giants by opening the door for slapping new regulations on American tech companies, according to Curran. But that is not all: Facebook is also facing a bipartisan investigation from the US Congress for “anti-competitive conduct,” he points out.

"Facebook along with other major IT giants like Apple and Google are vulnerable to new rules and federal lawsuits as the Federal Trade Commission (FTC) seeks to examine if they have stifled competition and hurt consumers," the professor underscores.

In recent years, Big Tech, including Facebook, has faced growing criticism from both sides of the US political aisle over disinformation, political bias, and privacy breaches. Curran cites then-Senator Kamala Harris who accused Facebook of prioritising its growth over the best interests of its consumers and their privacy. "There is no question in my mind that there needs to be serious regulation, and that that has not been happening," she said in June 2019.

In addition to that, Silicon Valley giants have also found themselves in the crosshairs of European authorities. For example, European regulators have recently fined Google 1.5 billion euros for antitrust violations in online advertising. "This was only one of three antitrust moves against Google by European officials in recent years," Curran points out.

Earlier this year Facebook and Google crossed swords with the Australian government over its law obligating Big Tech companies to pay for news. Google blinked first and signed payment deals with major Australian media outlets. Later, Canberra reached a compromise with Zuckerberg over the Media Bargaining code, which underwent certain changes while Facebook, in its turn, committed to make a "significant contribution" to local journalism.

As clouds are gathering on Facebook's horizon, Zuckerberg is allegedly planning a rebrand, according to the Verge. Facebook will reportedly be a part of a bigger company, with a brand new name and new focus on building the "metaverse." It's expected that the Facebook CEO will talk about coming changes on 28 October, at the company’s annual Connect conference, or, perhaps even earlier.

Vanity Fair suggests that Zuckerberg "seems to be aware of how toxic his brand has become," following rows with both of America's major parties, legal battles, latest massive outage, and whistleblowers' revelations.

"This is tricky," suggests Petros Iosifidis. "The basic reason for the rebranding is that Facebook's reputation is damaged in the wake of scandals like Cambridge Analytica, 2016 US elections, also the parade of former employees detailing in public its wrongdoings. But any change in the brand name runs the risk of making the company less 'visible."

For his part, Curran believes that the situation is even worse than that: "Facebook is on the edge of a crisis," he suggests.

"For the first time in 10 years Facebook usage in the USA has declined," the cyber expert explains. "Since 2008, the Infinite Dial research series from Edison Research & Triton Digital has revealed that the portion of Americans reporting they currently ever use the service has declined from 67 percent to 62 percent. Facebook simply has to respond. They have been firefighting negative press coverage in recent years."

Facebook will never be anything other than Facebook, a corporate name change doesn't affect consumers in the least, believes James R. Bailey, professor of leadership at the George Washington University School of Business.

"Maybe Facebook's name change has some public relations angle," Bailey says. "Rebranding? I don't think so. Smart money is that this is a corporate restructuring move that allows for more favorable financial reporting and distinct investment opportunities. If you're an asset manager, you may want to bet on Instagram, without the baggage that Facebook brings… Given the scandals Facebook has barely weathered, having a parent company that allows more precise investment, makes fund managers very happy. When fund managers are happy, the market rises."

Instead of rebranding, the tech giant should think about how to protect people's data, as Europe's new General Data Protection Regulation (GDPR) requires, Curran says. Facebook needs to inform users as to how their personal data is used and processed, and provide a clean way for users to have their data deleted and corrected and abandon 'dark design patterns' to trick users into consent. The company also needs to be particularly careful with collecting data from children younger than 16 and report certain types of data breach to the ICO, and sometimes to individuals within 72 hours.

"These regulations are sensible and welcome and not there to stifle innovation but rather protect mankind from nefarious underhanded manipulation of personally identifiable information," Curran says. "Facebook has an opportunity to show that they can self-regulate."