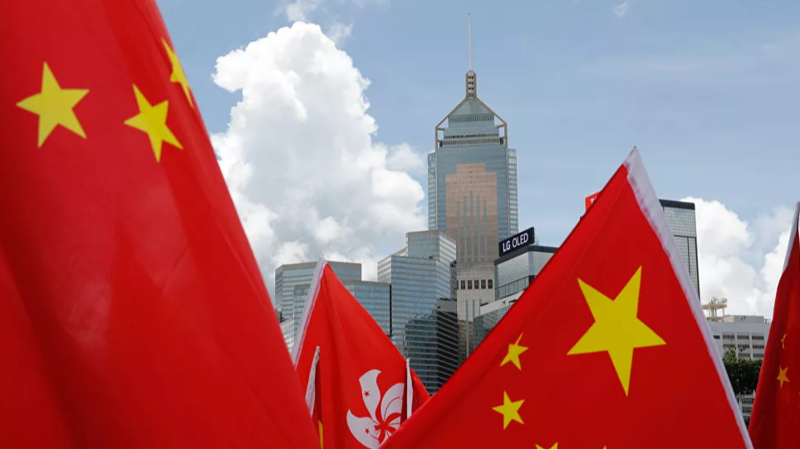 The Five Eyes alliance, established after World War II, involves the US, UK, Australia, Canada, and New Zealand. It’s main objective is the sharing of intelligence information between parties.

Striking back at remarks made recently by the Five Eyes intel alliance over events taking place in Hong Kong, Zhao Lijan, a Chinese foreign ministry spokesperson, told reporters on Thursday that the five nations “should be careful or their eyes will be plucked out.”

"The Chinese never make trouble and are never afraid of anything," Zhao, speaking from Beijing, adding, "[It does not] matter if they had five or 10 eyes."

Zhao’s remarks came in response to the alliance’s Wednesday rebuke on the dismissal of four "pro-democracy" lawmakers from the Hong Kong legislature that saw over a dozen "pro-democracy" officials resign in protest from the body.

The four individuals were expelled as a result of a new law issued by Beijing stating that Hong Kong must now be “governed by patriots.” The Guardian reported that the measure also barred any individual from serving in the legislature if they refused to recognize China’s sovereignty over Hong Kong, sought assistance from foreign countries to intervene in the region’s affairs or undertook any action that would, according to Beijing, appear to harm the semi-autonomous region’s national security.

The dismissal of the lawmakers has seen Beijing criticized for its latest efforts to silence individuals of the opposition. China, however, has consistently denied the assertions, with the autonomous region's chief executive, Carrie Lam, explaining that the four officials had already been disqualified from running in elections in the coming year for not meeting unnamed requirements.

Earlier this year, Liu Yuyin, a spokesperson for China’s Mission to the UN, told counterparts at the UN Human Rights Council that the highly-criticized national security laws were not imposed to silence dissent, but rather to clamp down on terrorism, as protests in the city escalated to levels considered by Beiging to present a threat national to security.

"The National Security Law for Hong Kong brings to justice only a very small number of criminal offenders who severely endanger national security. It protects the rights and freedoms of the vast majority of Hong Kong citizens who abide by law," Liu asserted, suggesting that criticism has increased due to “external forces” that can no longer use Hong Kong to undermine China in ways “as unscrupulous as they did before.”

In its joint statement on the matter, the Five Eyes alliance stated that the actions by Beijing were a “clear breach” of the Sino-British Joint Declaration, a treaty signed by both China and the UK that established the “one country, two system” principle, expected to expire in 2047.

“It breaches both China’s commitment that Hong Kong will enjoy a ‘high degree of autonomy,’ and the right to freedom of speech,” the statement reads. “The disqualification rules appear part of a concerted campaign to silence all critical voices following the postponement of September’s Legislative Council elections, the imposition of charges against a number of elected legislators, and actions to undermine the freedom of Hong Kong’s vibrant media.”

The government of Chinese President Xi Jinping has repeatedly come under sharp criticism from heads of state over Beijing's handling of Hong Kong autonomy and the implementation of new and stricter laws. Most recently, UK Foreign Secretary Dominic Raab stated that Beijing’s stance toward opposition lawmakers was “part of a pattern apparently designed to harass and stifle all voices critical of China’s policies.”

The administration of US President Donald Trump has issued sanctions on a number of individuals, including the island territory's Lam, for undermining Hong Kong autonomy. Trump is expected to impose additional measures in coming months.