What is the WEF meeting in Davos and what should be expected from it this year? 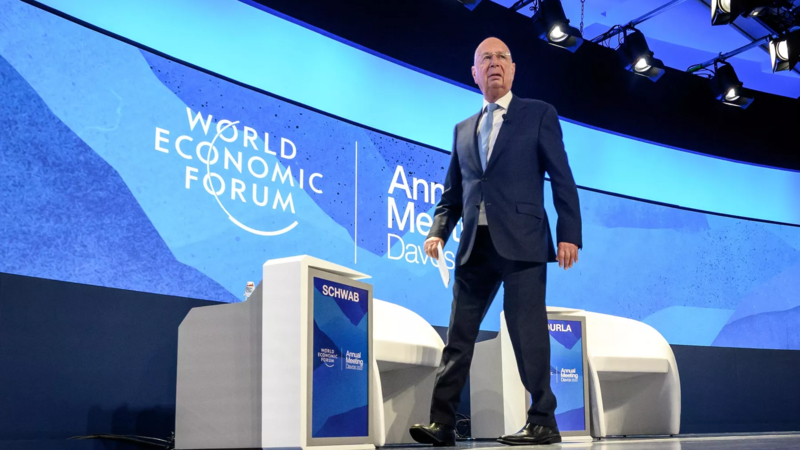 The World Economic Forum (WEF) is preparing for another of its annual meetings of government leaders, business executives and billionaires from around the world in the picturesque Swiss alpine resort town of Davos. What’s on the agenda this year? And what’s fueling criticism of the event, and the WEF in general? Sputnik explores.

“The world today is at a critical inflection point. The sheer number of ongoing crises calls for bold collective action.” That’s the greeting message you get on the WEF’s landing page as the international non-governmental and lobbying organization prepares for its most highly-anticipated annual event – the conference at Davos.

They are just a small taste of the dozens of speakers at the 2023 Davos forum, with conferences dedicated to a dizzying array of topics, from globalization, macroeconomic trends, private equity, and global tax reform, to philanthropy, sustainability, decarbonization, gender parity, and LGBTQI+ issues, to ‘opportunities’ stemming from the global immigration crisis, the conflict in Ukraine, nuclear fusion, and artificial intelligence. Ukraine, energy, climate change and technology seem to constitute the core issues of WEF 2023, with multiple events dedicated to each of these topics.

Special addresses are expected by von der Leyen and Chinese Vice-Premier Liu He, and special one-on-one talks will be held with Finnish Prime Minister Sanna Marin, and Henry Kissinger. Driving home the focus on Ukraine is the plan by Zelensky presidential office head Andriy Yermak’s plan to give a talk on ‘Ukraine’s Peace Formula’.

A couple categories of guests won’t be in attendance at this year’s Davos forum. One is Sam Bankman-Fried and officials from his FTX cryptocurrency Ponzi scheme. The WEF scrubbed all references to FTX as a “partner” of its Davos event, and Bankman-Fried, who spoke at Davos as recently as 2022, is unable to attend because he’s in house arrest awaiting trial on fraud and money laundering charges.

Also notably absent from this year’s event are representatives from Russia, with Russian officials and businessmen banned. The WEF officially froze “all relations with Russian entities” in March 2022 after Moscow kicked off its special military operation in Ukraine. Russian presidents Vladimir Putin and Dmitry Medvedev addressed the forum five times between 2007 and 2021, and Mr. Schwab carefully cultivated his relationship with Moscow for decades, citing Russia’s “essential” role in solving world problems, only to see it all crashing down in 2022. This year will be the just the second time since 1991 that Russian officials and businessmen have been absent.

Why is WEF Hated in Some Corners?

While the WEF has been praised by some for serving as a platform where decision-makers can meet and talk through problems affecting the world, and offer hints about where elites want to take their companies, countries or even the entire planet, in other corners, particularly among the conservative and libertarian Right and the anti-liberal Left, the WEF is treated with varying degrees of disdain, annoyance and distrust. There are several reasons for this.

Firstly, as even conservative-leaning US mainstream media never get tired of pointing out, WEF participants’ talk about saving the environment, preserving limited resources, and other policies which will effect ordinary people is offset by their flying in to attend the forum on private jets, enjoying sumptuous meals and staying at luxury five star accommodations. Simply gaining entry to the Davos event reportedly costs about $28,000.

Another aspect of the forum that’s been criticized is its alleged lack of financial transparency, and the perception, expressed by the European Parliament’s official think tank of all places, that Davos is little more than “an opaque venue for political and business leaders to take decisions without having to account to their electorate or shareholders.”

Then there are the organization’s and speakers’ predictions, which have a habit of being ridiculously wrong from time to time. In 2016, for example, the WEF predicted that global demand for oil would peak in 2030 and then begin a 70-year decline to that approaching 1950 levels. Seven years later, the global energy crisis has demonstrated that hydrocarbons aren’t going anywhere soon, with developing economies charting plans for new oil and gas extraction, and Western countries increasing demand for not just these fuels, but even dirty coal as well.

In 2018, billionaire financier George Soros warned at the WEF that the United States and North Korea were “on a course towards nuclear war” amid tensions on the Korean Peninsula. Less than a year later, North Korean leader Kim Jong-un and US President Donald Trump were attending summits together, writing glowing letters to one another and chilling at the DMZ.

At the 2019 forum, BCG Digital Ventures founder Jeff Schumacher predicted that Bitcoin would drop to zero in the near future. Sure, it’s had a rocky year, but we checked, and yep, the cryptocurrency’s still around, and sitting at $20,900 for one Bitcoin as of this writing.

Then there’s then-German Finance Minister Olaf Scholz’s 2020 prediction that a US-EU trade deal would inevitably be reached. Three years later, the Europeans are complaining that America stiffed them on energy prices, and the bloc is teetering on the brink of deindustrialization thanks to US government subsidies baiting Europe’s producers to relocate to America.

Finally, there are the conspiracy theories, or as their proponents call them, just actual facts. Just as China has received the nickname ‘Workshop of the World’ for producing 30 percent of the world’s manufactured goods, the WEF Forum might as well be bestowed the name ‘Workshop of the World of Dystopian Ideas’. Over the past decade and especially during the pandemic and its aftermath, the WEF’s open calls for things like digital ids, augmented reality, smartphones embedded in your skin, brain implants, and bugs as a substitute for meat for the masses, have driven skeptics up the wall and given rise to fears that the WEF is pushing the world into some kind of real-life 1984, Brave New World, Neuromancer-style dystopian future.

The WEF’s failure to address these concerns, and attempts to regularly scrub the conspiracy theories from search engines, popular video and social media resources, combined with the fact that Klaus Schwab literally sounds like a James Bond villain when he talks, probably haven’t helped matters. Furthermore, sometimes, even the wording of WEF projects, such as the ‘Great Reset’ and the ‘You Will Own Nothing and Be Happy’ tagline, gives critics ample ammunition, and millions of eyeballs, in discussing their concerns.