Bank of England ‘Heading towards some sort of digital currency’ – Governor 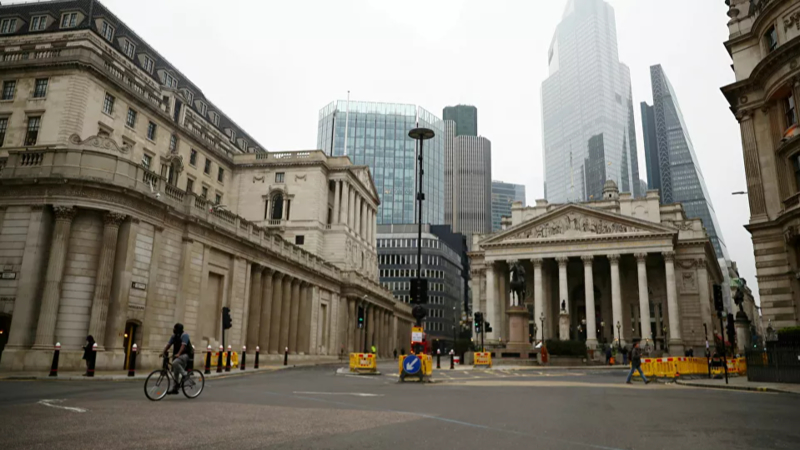 In January the Bank of England announced it would help lead a working group of some of the world’s top central banks to look into potentially issuing central bank digital currencies.

The Bank of England is mulling developing a central bank-backed digital currency, according to Governor Andrew Bailey, reported Bloomberg.

“We are looking at the question of, should we create a Bank of England digital currency. We’ll go on looking at it, as it does have huge implications on the nature of payments and society,” Bailey was quoted as saying at a webinar event with students on Monday.

Refusing to put a time frame on the venture, Bailey added that in a few years’ time he believed the Bank of England would be “heading toward some sort of digital currency.”

The news comes after back in January a group of major central banks announced they would be teaming up to assess the potential benefits of developing their own digital currencies, (CBDCs).

In a statement released by the Bank of England on 21 January, the Bank of Canada, Bank of England, Bank of Japan, the European Central Bank (ECB), Sveriges Riksbank and the Swiss National Bank, together with the Bank for International Settlements (BIS) announced the setting up of a group to focus on “potential use cases” within those banks’ home jurisdictions.

Joint efforts, according to the release, would look into “economic, functional and technical design choices, including cross-border interoperability; and the sharing of knowledge on emerging technologies.

Close coordination was also suggested with relevant institutions and forums, such as the Financial Stability Board and the Committee on Payments and Market Infrastructures.

The move was suggested by experts as coming against the backdrop of challenges emerging from new technologies and private sector initiatives such as social networking giant Facebook's Libra.

Libra has hit stumbling blocks, with Bloomberg reporting in December 2019 that according to Swiss authorities the project “has failed” in its current form, in part because the “basket of currencies” to back it had not been approved by the banks issuing those currencies.

The Facebook-led digital currency, unveiled in June 2019 and touted as a futuristic global money project, potentially the foundation for a brand-new kind of financial system, was planned to be issued and governed by the Geneva-based Libra Association.

However, it sparked concerns ranging from privacy to its potential to dramatically influence monetary policy on a broader scale due to its unregulated nature.

After running up against numerous challenges and heavy regulatory scrutiny, a less ambitious design for Libra was settled upon, with the project to focus on creating a more traditional payment network, with coins tied to a local currency, reminiscent of the digital dollars in a PayPal account.

Aiming to render the system operational this year, the Libra Association said in April 2020 it had begun the process of getting regulatory approval for the payment network from the Swiss Financial Markets Supervisory Authority.

Meanwhile, in February this year Sweden’s Riksbank central bank announced plans for a test-basis rollout of the e-krona, its central bank digital currency running on the distributed ledger technology (DLT).

Sweden is one of a number of countries which have been exploring the possibility of using digital currencies, such as Russia, China, Japan, the European Union, Switzerland, the UK, Venezuela, Iran and others.

In late April, reports that China was launching a pilot program to test its Digital Currency Electronic Payment made headlines, as the country seeks greater financial autonomy and less dependency on America amid its trade war with Washington.

China’s central bank launched a trial program across four cities - Shenzhen, Suzhou, Xiongan and Chengdu - to test the use of its sovereign digital currency, DCEP (short for Digital Currency/Electronic Payments).