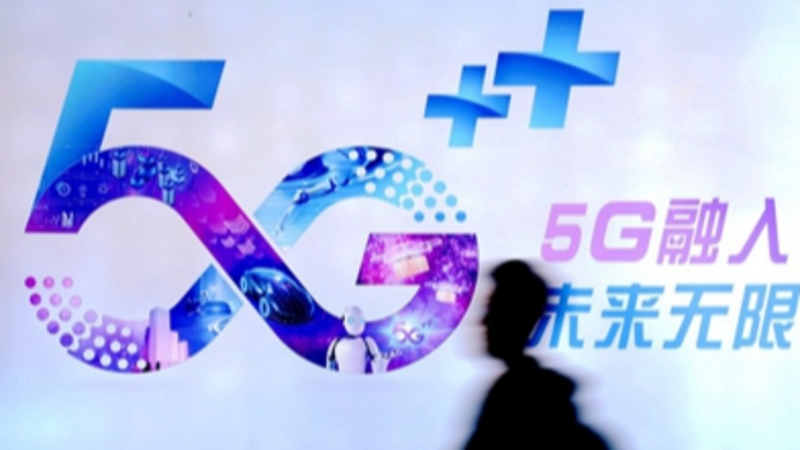 "The digital economy, digital industry and digital service have played an irreplaceable role in China's fight against the pandemic, and in sustaining industrial chains and supply chains," said Gao Yan, chairperson of the China Council for the Promotion of International Trade.

The digital economy has played an important role in sustaining development during the COVID-19 pandemic and will bring about more opportunities for future inclusive development in the Asia-Pacific, officials, industrial leaders and experts said here Thursday at this year's APEC China CEO Forum.

"The digital economy, digital industry and digital service have played an irreplaceable role in China's fight against the pandemic, and in sustaining industrial chains and supply chains," said Gao Yan, chairperson of the China Council for the Promotion of International Trade (CCPIT), in her speech at the opening ceremony of the forum. 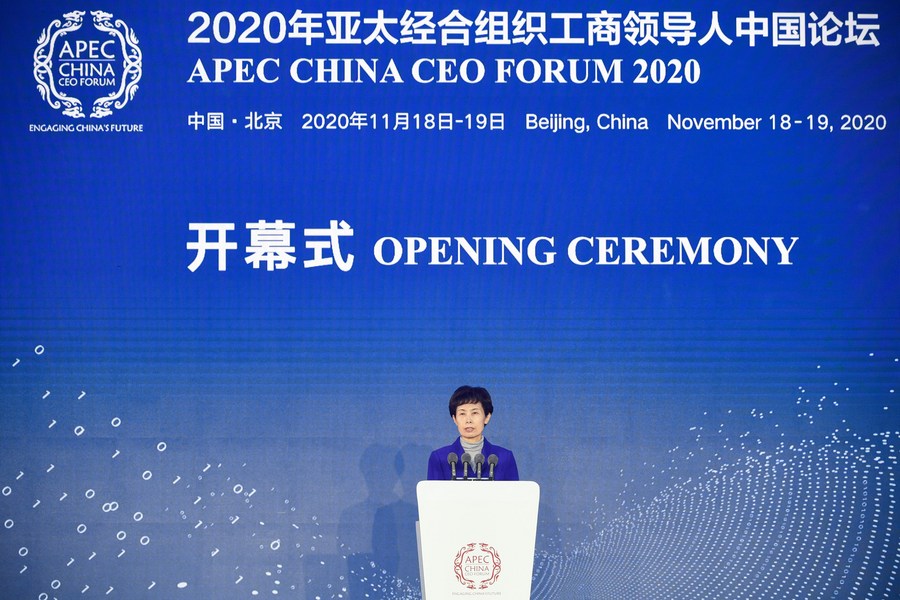 Gao Yan, chairperson of the China Council for the Promotion of International Trade, speaks during the opening ceremony of the APEC China CEO Forum 2020 in Beijing, capital of China, Nov. 19, 2020. (Xinhua/Chen Yehua)

Citing the performance of China's information technology service industry in the first three quarters of 2020, Gao said the influence of the digital economy in daily life has been increasing.

Referring to a new vision due to be adopted at the Friday summit of the Asia-Pacific Economic Cooperation (APEC), Chinese Vice Commerce Minister Wang Shouwen said that contents on the digital economy and innovation promotion have been added to the vision as the advantages of the digital economy have been highlighted in maintaining social stability and promoting business flexibility during the fight against the pandemic.

China will work with other economies to narrow the digital gap in the region, protest against the abuse of national power regarding high-tech firms and strengthen confidence in the development of the digital economy, fostering new points of growth in the Asia-Pacific area, Wang added.

A reliable, compatible, open and safe digital environment can boost regional connectivity and inclusive development, so that APEC members can share good practices, availing themselves of a digital economy to create a favorable environment, the ambassador said when addressing the forum.

At the forum, Chinese business leaders, including President of Didi Chuxing Liu Qing, Chairman of Bank of China Liu Lian'ge, and President of Gree Electric Appliances Inc. Dong Mingzhu compared notes on the appliance of digital technology in their enterprises and expressed confidence in the prospects of this field.

Sharing his report at the forum, Peng Wenshang, chief economist of China International Capital Corporation Limited, said that the digital economy can create a lot of opportunities to improve people's lives and business models, but also brings about challenges and risks, calling for more discussions on public policies concerning the development of the digital economy.

The 2020 APEC China CEO Forum, co-organized by the CCPIT, China Chamber of International Commerce and APEC China Business Council, gathered around 300 representatives from the councils, as well as Chinese business leaders, to discuss Digital Productivity, the theme of this year's forum.