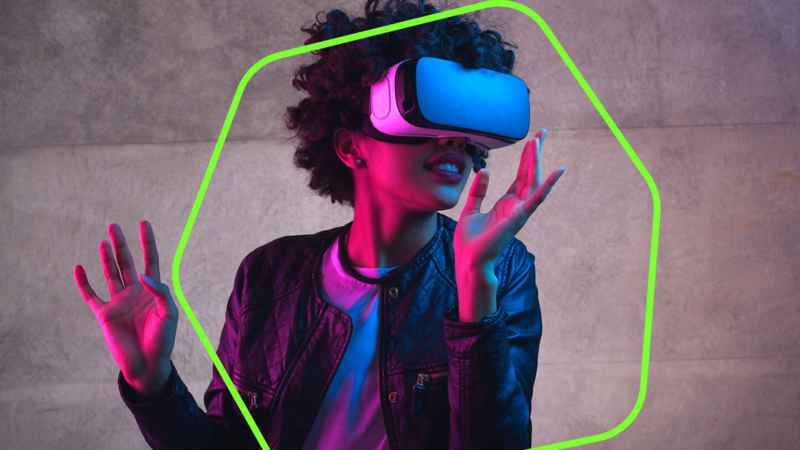 After the renaming of Facebook to Meta, virtual meta-universes (metaverses) have been discussed globally. International brands and even countries are planning to open their offices and implement projects in the virtual world. Over the past few years, the term metaverse has become very popular - it is mentioned in the context of Fortnite, Microsoft, Roblox, Minecraft, Balenciaga and Nike, as well within AR and VR technologies.

The term metaverse was coined by science fiction writer Neil Stevenson in 1992 in his novel Snow Crash. Stevenson's metaverse is the next stage in the development of the internet: a common digital world that combines the "physical" with augmented and virtual reality.

People can connect to the metaverse as avatars and do everything as if they were in the real world: search for information, communicate, go shopping and work - but at the same time get away from reality and live in a virtual universe. A human avatar in the metaverse can be whatever it wants and own anything, and death does not have the same meaning as in the real world.

Some examples of fully-fledged digital worlds in popular culture can be found in the Matrix trilogy or Ready Player One, where the multiplayer online game OASIS has become an analog of the metaverse.

In addition to separate universes, virtual images are already gradually becoming part of modern reality. In the USA, the Alter Ego show was launched, where the contestants sing backstage while motion capture technology creates digital avatars that appear in their place.

Having accepted the fact that the metaverse is one of the elements of the future, users should think about the security of digital avatars and possible threats that could be relevant to metaverses:

More information on how to secure an account can be found here: How to protect your Steam account | Kaspersky official blog

This can lead to: