The QR code that saves lives 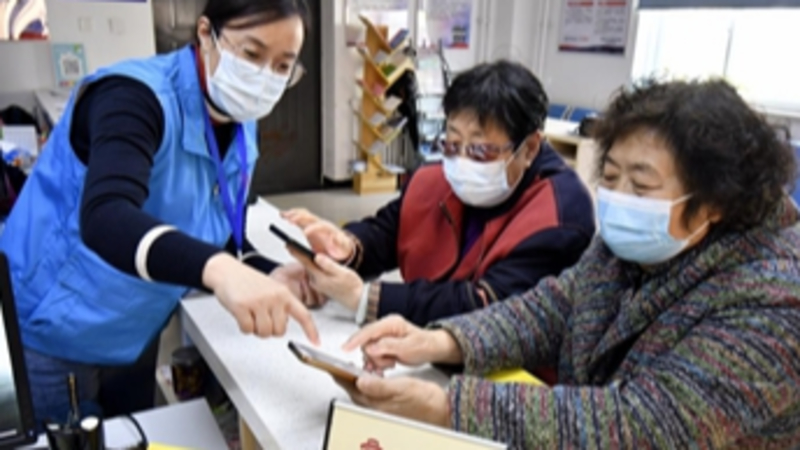 By scanning a quick response (QR) code on the plastic gadget, any helper with a smartphone can reach the emergency contact of the carrier immediately.

"It's efficient and effort saving," said Li Caoliang, head of the Lei Feng Police Station in the city of Fushun, Liaoning Province.

The idea came into Li and his colleagues' minds four years ago when the 44-member police station dealt with more than 200 cases of lost elderly a year, one case every workday on average.

The police officers spent hours trying to get clues of who to call from the vague descriptions of the lost elderly. In some cases, the lost senior citizens had to stay overnight at the police station before their families were eventually found.

Among 65,000-plus people in Li's jurisdiction, nearly one out of three was over 60 years old.

Some of them get lost because they suffer from dementia, age-related memory loss, Alzheimer's disease, or cerebellar atrophy, and so on.

"Taking a walk was never easy for them," Li said. "They can't tell their identity, address or telephone number, and most of them get lost frequently."

The lost elderly could face extreme consequences, such as hunger, dehydration, frostbite, even death if they fail to access timely aid, he said.

Li's colleagues came up with the plastic plate after a two-month experiment and got the patent of their invention. For the sake of privacy protection, the QR code records contact information with the permission of its owners in advance.

The cases of lost elderly have dropped to around 30 a year since the QR plate was introduced, according to the Lei Feng Police Station.

"Good Samaritans just help them find their families without asking for our help," he explained.

More than 50,000 such gizmos have been distributed for free, with about half of them for people from other parts of the country, such as Shandong Province and Xinjiang Uygur Autonomous Region.

"I was very interested in this invention because many people are elderly in my jurisdiction," said Zhang Peng, head of the Hongmiaozi Police Station in Urumqi, capital of Xinjiang in northwest China.

Zhang has ordered more than 100 QR plates. "It's very convenient," he said. "For those who know how to use them, they just help the lost elderly get in touch with their family. Or we can scan the QR code and do the rest."

China has 264 million people aged 60 years and above, accounting for 18.7 percent of its 1.4 billion population in total, according to the seventh population census conducted in 2020. The aged population was expected to surpass 300 million in five years.

"To build an elderly-friendly society, we should provide suitable living, travel and leisure services for the grey-haired population, including the disabled and demented," said Wang, who has long focused on improving public services for an aging society.