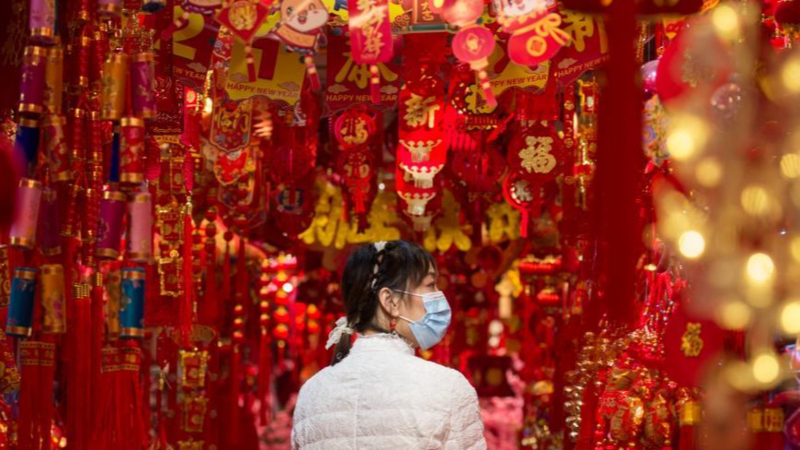 Suzhou City in east China's Jiangsu Province will issue locals with digital currency worth a total of 30 million yuan (about 4.63 million U.S. dollars) to pilot the new form of currency and boost consumption during the upcoming Spring Festival holiday, according to the municipal government.

The digital currency will be issued via lottery in virtual red envelopes, each containing 200 yuan. From Friday to Saturday, local residents can register for the lottery on mobile phone apps and the results will be announced on Feb. 10.

Lottery winners can spend the digital yuan from Feb. 10 to Feb. 26 in selected online and physical shops. Over 10,000 businesses are expected to support payments using the currency during the period, covering groceries, daily necessities, catering and other areas.

It is the second time the city will distribute prizes as part of a pilot program for the new form of currency developed by China's central bank, the People's Bank of China. In December 2020, the city issued 20 million digital yuan for eligible residents to spend during an online shopping festival.

Several Chinese cities, including south China's Shenzhen, Suzhou and the capital Beijing, have piloted the digital yuan since last year.