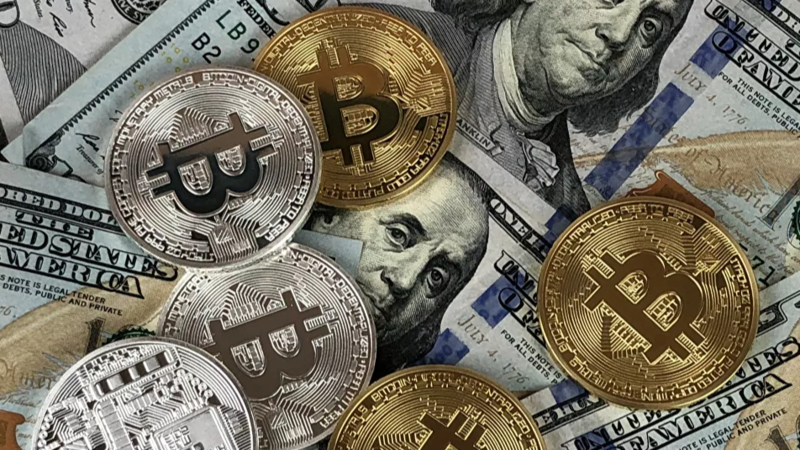 Digital cryptocurrency Bitcoin saw its market value increase by nearly 5% on Tuesday, the day after the New York Stock Exchange posted huge losses on the heels of news that the COVID-19 pandemic was getting worse and government relief was largely absent from the horizon.

According to Bloomberg, the cryptocurrency is closing in on its June 2019 high value of $13,851, the height it reached in its most recent boom period. At the time this article went to publication, one bitcoin was trading for $13,586.

However, Bitcoin has a bit to go before equaling its all-time high of $19,783.06, reached on December 17, 2017, before the bubble burst and its value plummeted by one-third days later.

Edward Moya, a senior market analyst at Oanda Corp, told Bloomberg, “It seems that there is more excitement and that crypto will be used more often” after online wallet site PayPal announced it would let customers purchase and pay in digital coins and Square Inc. being among those financial firms investing in a Bitcoin fund. “The world seems poised for a digital currency.”

Digital currency news outlets Coindesk reported the total is a 16-month high for Bitcoin, which is up 25% for the month, even as the total number of bitcoins held on exchanges continues to drop.

That stands in sharp contrast to US stocks, which saw nearly all of their monthly gains erased on Monday.

The Dow Jones Industrial Average lost 650 points on Monday, and the S&P 500 and Nasdaq Composite fared even worse, all falling in reaction to travel industries including airlines, cruise ships, and the oil industry that fuels them losing value amid record-high COVID-19 case reports. Tuesday afternoon, stocks were still down but not as dramatically as the day prior.

The US hit a record-high, single-day total in new COVID-19 cases on October 24, identifying a shocking 83,851 new cases nationwide. By Tuesday, the nation’s seven-day moving average was at 70,289 - also its highest ever, according to data from the US Centers for Disease Control and Prevention (CDC).

On Tuesday, hospitalizations were reportedly increasing in 36 US states, and Albert Bourla, CEO of pharmaceutical firm Pfizer, told investors no announcement about a potential COVID-19 vaccine was likely before the November 3 US presidential election, CNBC reported.

In late September, US President Donald Trump promised the US would announce the rollout of at least one vaccine before the end of October and that the nation would have 100 million doses of the vaccine distributed by the end of the year. He has since attacked the Food and Drug Administration for its safety guidelines, calling them a “political hit job” that threatens his reelection campaign by delaying the vaccine’s rollout.

News from Europe is no better, with Poland, Germany, Italy, France, Spain and the United Kingdom recording similar new spikes, driving the enactment of some of the most stringent social restrictions seen since the pandemic’s initial outbreak this past spring. According to the World Health Organization, roughly half of the 465,000 new COVID-19 cases reported worldwide on Saturday were in European nations.