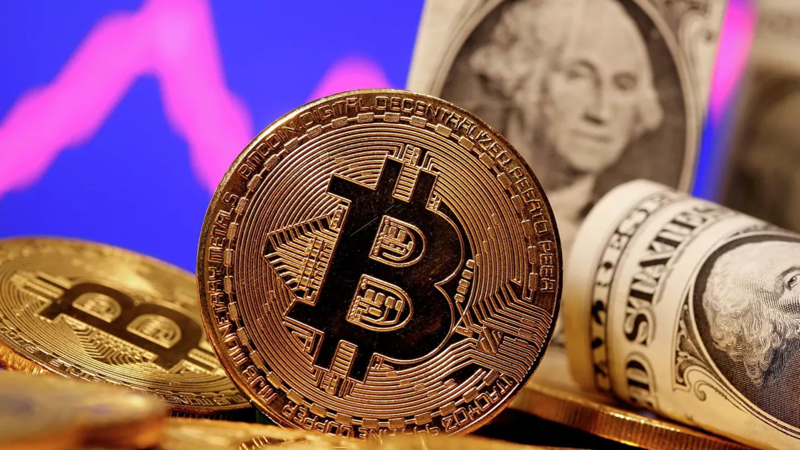 The supply chain crisis has caused sharp increases in the prices of fuel, food, consumer goods, and commodities. The US Consumer Price Index rose 5.4 percent in the past 12 months - the largest annual increase in 13 years.

McDonald served as the vice president of distress debt and convertible securities trading at Lehman Brothers, which collapsed during the financial crisis in 2008. However, McDonald said the current situation is not like previous crises.

There are probably ten forces that are making this inflation more sustainable. This time around you're not coming out of a financial crisis, you're coming out of a war type situation. Disruptions of supply chains, the cost of transportation with oil - those types of things [cause] very sustainable inflation," McDonald said. "It’ll be around for the next three years."

To alleviate supply disruptions, the Biden administration ordered the country’s busiest ports to operate 24/7 as it pushes new infrastructure proposals. President Joe Biden has also proposed new tax plans which come after the US spent trillions on stimulus programs, which some economists blame partly for the rising inflation.

McDonald warned that additional federal spending would add more fuel to the sustained inflation woes. Social programs, like the child tax credit, could also fan the flames of inflation, he added.

After Lehman, they were not placing capital into people's bank accounts, that was not happening," McDonald said. "This is why inflation is more sustainable. If you're getting checks from Uncle Sam [US government], why do you have to go back to work? And that causes wage inflation - that means Amazon has to pay more. This is creeping universal basic income."

The pandemic has also caused an oil supply crisis, which has sent crude prices skyrocketing from below $49 per barrel at the end of last year to above $80 at present.

McDonald said the energy shock forces two things: an economic slowdown and it forces the Federal Reserve to try to react to it on interest rates, and if it is not accommodating enough then the NASDAQ stock market index falls 50 percent.

Cryptocurrency not the solution

McDonald thinks an economic meltdown in the United States seems unlikely but it is possible there will be a crypto bubble that may be on par with the dot-com crash in the late 1990s.

"I don't see it as being as bad as Lehman because the banking system is much, much stronger now," McDonald said. "Global recessions are typically tied to banking collapses. I do think that it will be like a 1999, dot-com type thing where some of these cryptos and some of these tech stocks take ten years to break even."

McDonald said cryptocurrency is not really an investment, but like gambling in Vegas. Crypto has wiped out more young kids with all their money," McDonald said. "They're making money now [but] crypto has destroyed people so I'd be very careful here with crypto."

McDonald predicts that investors with tech stocks and bond owners will get "crushed" as the world struggles with economic recovery.

As a result, he recommends individuals avoid investing in financial assets and instead put their money in hard assets like silver.  I think silver is in the best investment in the world right now if you're worried about inflation because you have the green trade, so your green component, your industrial silver is going to be up I think 300 percent in the next decade," McDonald said, adding that uranium would also be worth investing in.