China's e-Yuan could be 'Largest Threat' to West, as US slow to develop digital dollar – Report 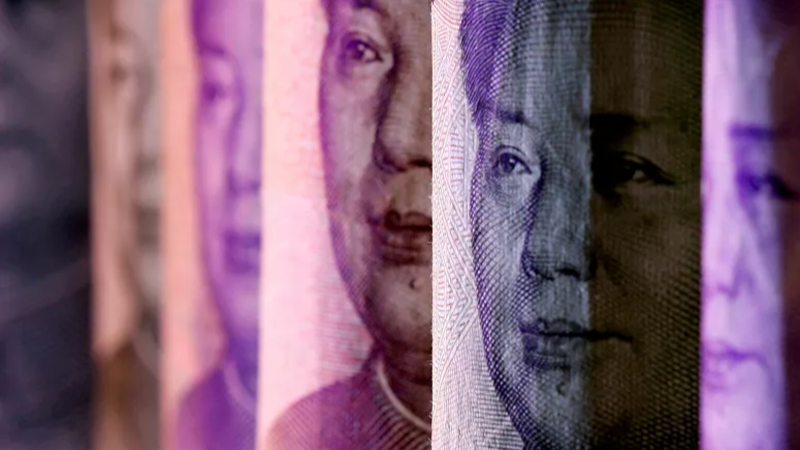 Analysts widely believe that the dollar's status as the world's primary reserve currency is safe for the time being, as it is held by more central banks and significant financial institutions for international transactions and investments than any other currency, but its domination is increasingly being challenged.

China is outperforming the US in terms of online money innovation, posing a threat to the dollar's standing as the de facto monetary reserve, CNBC reported, citing researchers from the Federal Reserve Bank of Boston and MIT’s Digital Currency Initiative.

According to the report, a CBDC, or Central Bank Digital Currency, a regulated type of money that exists exclusively online, is being developed by around 80 countries, including China and the US. And more than a million Chinese citizens have reportedly already received their digital yuan, but the US is still primarily focused on research.

The two groups of researchers have been entrusted with figuring out what a digital currency may look like for Americans. And according to the news outlet, the development of a CBDC in the US is intended, in part, at ensuring that the dollar remains the world's monetary leader.

"The United States should not rest on its current leadership in this area. It should push ahead and develop a clear strategy for how to remain very strong and take advantage of the strength of the dollar," Darrell Duffie, professor of finance at Stanford University’s Graduate School of Business is quoted in the report as saying.

There are some very serious considerations about what a digital currency might look like, and its accessibility is considered a major issue.

According to the Pew Research Center's April report, cited by CNBC, 7% of Americans do not use the internet at all, with this figure jumping to 9% for Blacks, and for Americans over the age of 65, it rises to 25%. Americans with disabilities are three times more likely than non-disabled Americans to say they never go online.

“Most of the work that we’re doing assumes that CBDC will coexist with physical cash and that users will still be able to use physical cash if they want to,” Neha Narula, director of the Digital Currency Initiative at the MIT Media Lab stressed.

Moreover, the researchers are reportedly keeping a close eye on China's digital yuan rollout since privacy is a huge concern.

"I think that if there is a digital dollar, privacy is going to be a very, very important part of that,” said Neha Narula, director of the Digital Currency Initiative at the MIT Media Lab. “The United States is pretty different than China.”

Other specialists tend to consider the digital yuan to be malicious, to say the least.

"The digital yuan is the largest threat to the West that we’ve faced in the last 30, 40 years. It allows China to get their claws into everyone in the West and allows them to export their digital authoritarianism," said Kyle Bass of Hayman Capital Management.

Currently, China's Digital Currency Electronic Payment (DCEP) is now being tested in Shenzhen, Suzhou, Chengdu, and Xiongan, among other cities. According to reports, the tests are designed to assess all situations for using the digital yuan as well as the dangers connected with financial transactions.