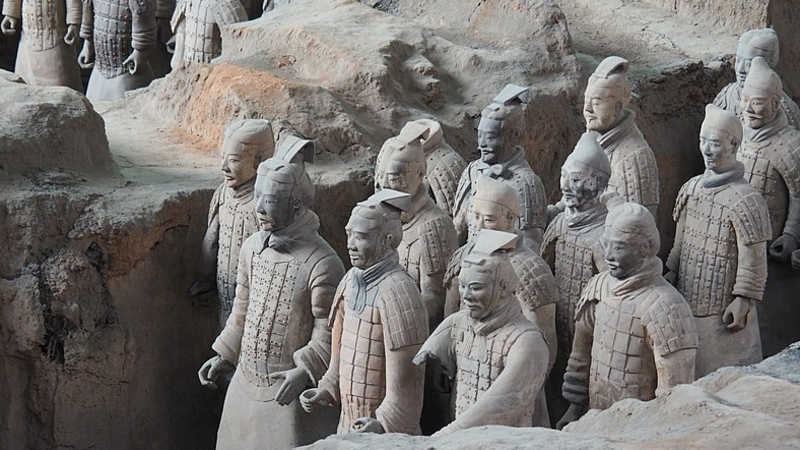 An iconic Terracotta Warrior remains still, while a robot rotates around it, cameras mounted on its two mechanical arms.

In 10 minutes, both arms turn 180 degrees gradually and a "3D portrait" of the cultural relic is created on a computer.

Developed by researchers from Northwest University in Xi'an, capital of northwest China's Shaanxi Province, the robot has been designed to create accurate digital images, contributing to the restoration of cultural relics. It also helps to reduce the time required for digitalizing relics.

Xu Yang, a member of the research team, explained how the system works.

The robot consists of a rotary base, two mechanical arms and two scanning modules, each of which integrates a 3D scanner and a high-resolution camera. The relic is placed in the central part of the base, which is static, while two 1.5-meter arms connected to the periphery of the base revolve around it, and modules move along with the arms to scan. Eventually, a 3D model is generated.

"The mechanical arm has the advantages of automation and less manual intervention," said Xu. "The scanning modules take photos at a distance, minimizing the damage to the relics."

He said it can take half a day to establish a 3D model of the Terracotta Warrior by manually measuring and photographing. However, the robot takes less than 10 minutes to scan the relics, calculate the measurement statistics of the surface and form a model.

The 3D models precisely reflect the textures on the surface of the warrior with a resolution of up to 0.05 mm, according to Xu, adding that relics can be displayed and restored in a virtual environment.

"The method will contribute to the efficiency of relic digitalization in museums. We plan to research and develop various devices to suit relics of different sizes," Xu said.