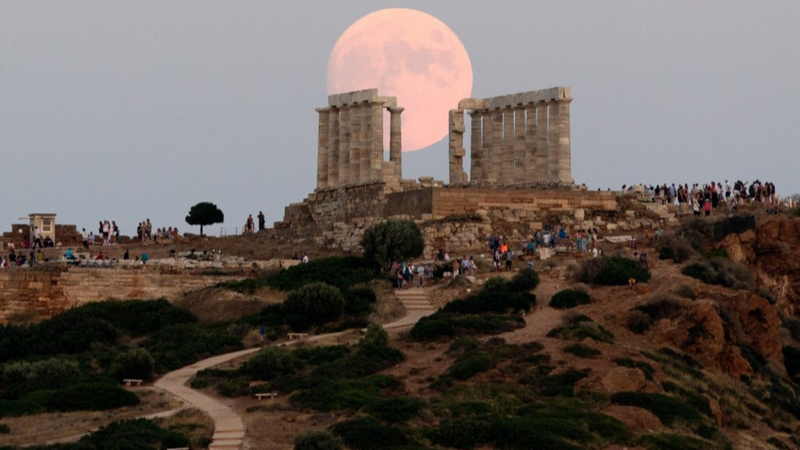 It has been more than four years since Nikos Dimitriou, a video game designer employed by a UK-based company, moved to Greece while continuing to work from Athens for his employer some 2,400 kilometers away. He has not repented it.

"Moving to Greece with distance working thanks to the internet made sense then, and still does," he told Xinhua late this week.

He is one of the thousands of young Greeks who chose to leave their country when the financial crisis erupted in the early 2010s to find a job abroad. He is now a digital migrant, as he has moved back to Greece, while still working for his British employer.

"Digital migrant" is the term Greek government officials use to describe a person -- foreigner or Greek based abroad -- who decides to move to Greece and work remotely for a company or clients based in other countries, thanks to the expansion of teleworking.

Athens wants to see many more professionals like Dimitriou, Greek or non-Greek, relocate to Greece and is offering a major tax incentive to them.

"The pandemic has shown it is possible in many cases for one to choose where to live and work thanks to technology. We can have digital migrants," Alex Patelis, Prime Minister Kyriakos Mitsotakis's chief economic advisor stated on Wednesday. He said the government intends to grant a 50-percent income tax cut for the first seven years to those "digital migrants" who move to Greece next year.

Alternate Finance Minister Theodoros Skylakakis was more elaborate recently, stating that "people could come from abroad and work from Greece even if the company that employs them is based in another country. Greece's favorable climate and low property prices in comparison with other European countries, as well as the relatively successful management of the coronavirus pandemic have laid the groundwork for this."

Anastasia Georgopoulou is a Greek professional who returned to Athens five years ago after living in the UK for half a decade. She works remotely as a product curator for a British e-commerce company. "It's the best of both worlds, really. It proved to be a great decision," she told Xinhua.

"There is definitely no going back," said Georgopoulou, adding that "we may make less money from here, but it is definitely worth living in Greece, the quality of life is unparalleled and the expenses are far lower than living abroad."

Skylakakis added that the continued improvement of the country's telecommunication infrastructure is key to attracting more "digital migrants."

Internet speed is an issue, said Dimitriou, noting that this is something Greece needs to work on. However, he agreed that "the quality of life is above all here."

Would the tax incentive and quality of life suffice to convince foreigners to relocate to Greece? "I'm not so sure," answered Dimitriou. "If one has decided to live in another country for all that offers, the tax incentive would not be enough -- it's a start though."

But there's a catch: "Working from abroad means that if I had any greater ambitions it would be more difficult for me to evolve professionally. To rise to an executive position in the company I would have to be there," conceded Georgopoulou.