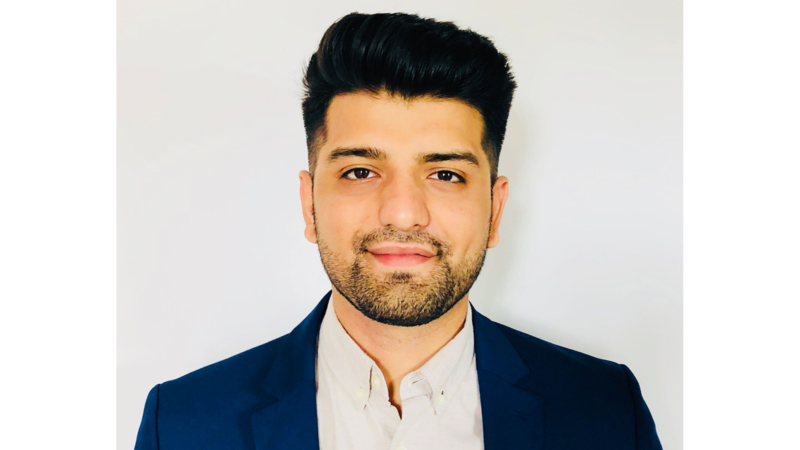 Thailand’s National Broadcasting and Telecommunications Commission (NBTC) held the auction of new spectrum bands suited for 5G on February 16, paving the way for its 5G rollouts. During that auction AIS acquired 100 MHz of spectrum and TrueMove H acquired 90 MHz of spectrum on Band 41 (TDD, 2600Mhz). We found that after the auction, between April 1 and June 30, AIS and TrueMove H have utilized 20-40 MHz of this new 2600 MHz band for 4G, depending on the location.

How has the deployment of the 2600 MHz band affected 4G download speeds?

To understand the effect of the newly deployed spectrum on mobile network experience, we analyzed the download speeds experienced by our users on different 4G bands in Thailand and discovered that the 4G Download Speed Experience of our users on Band 41 was significantly better than that on the pre-existing bands for both AIS and TrueMove H. Our users, on average, saw 4G download speeds of 14.1 Mbps on AIS and 18.4 Mbps on TrueMove H when using Band 41. This is because users connecting on higher frequency spectrum typically enjoy higher speeds than those on lower frequency bands, due to the larger amounts of bandwidth available. 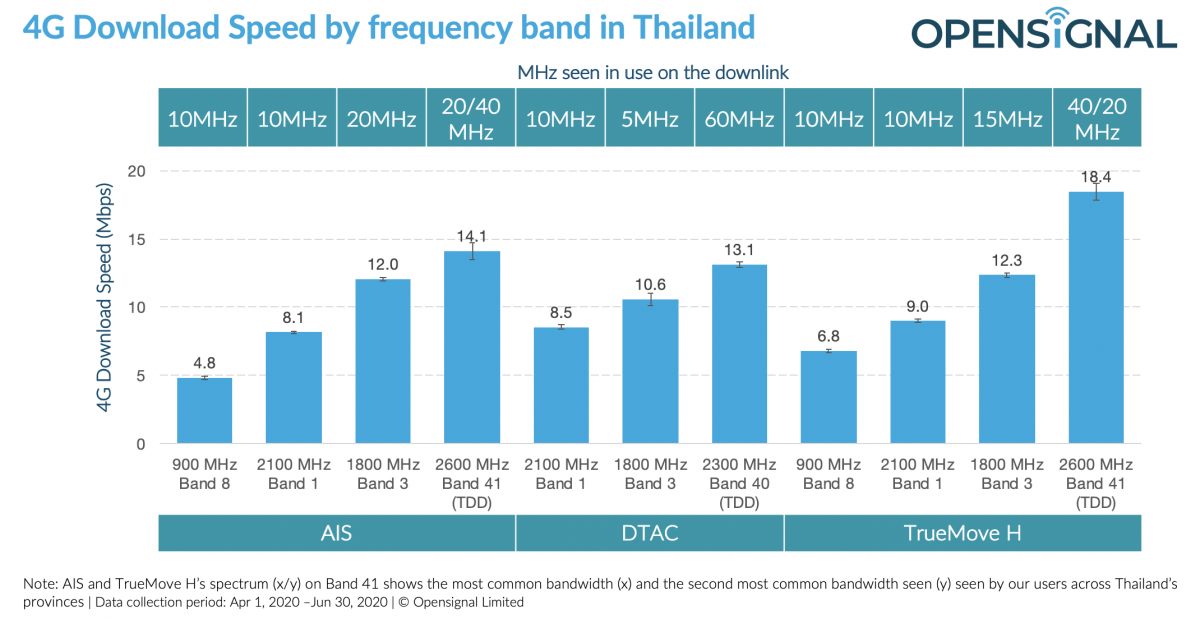 We assessed the spectrum holdings of each of these operators and found that before the February spectrum auction, DTAC was using the largest amount of spectrum (90MHz) for 4G services followed by AIS (80 MHz) and TrueMove H (70 MHz). However, after the auction, AIS and TrueMove H started using an additional 20 to 40 MHz in Band 41 (the amount depends on the area) for 4G and their total 4G spectrum usage grew to 120 and 110 MHz respectively, while DTAC’s 4G spectrum position remained unchanged.

On further examination we found that operators deployed new spectrum to some areas but not others: AIS has deployed 40 MHz only in a few densely populated provinces such as Bangkok and 20 MHz in the remaining areas, while TrueMove H’s use of 40 MHz was more widespread.

However, the long-term magnitude of the impact on mobile experience due to these new deployments is still unclear and depends on the number of users and their total data consumption. In the future, as Band 41 becomes more widely deployed the mobile experience should improve, provided rising mobile usage does not outpace the additional spectrum deployed by operators.

It’s still just the beginning of the 5G era in Thailand, so it’s early to draw conclusions on the future of 5G. However, heavy network usage remains a big factor keeping download speeds low. As spectrum is a scarce resource, Thai operators will need to balance their resources between the new 5G users and the majority of existing 4G users, especially when 5G device-adoption takes off.

However, 5G technology enables access to new high capacity spectrum bands which can help to relieve congestion. For example, operators in Thailand have also acquired mmWave spectrum in the 26 GHz band which will provide high capacity and superfast speeds but exhibit relatively lower coverage. This makes it suitable for very densely populated city centres but not for widespread deployment. This implies that the majority of Thailand’s 5G users will likely rely on mid-band spectrum such as 2600 MHz spectrum to connect to 5G rather than mmWave.