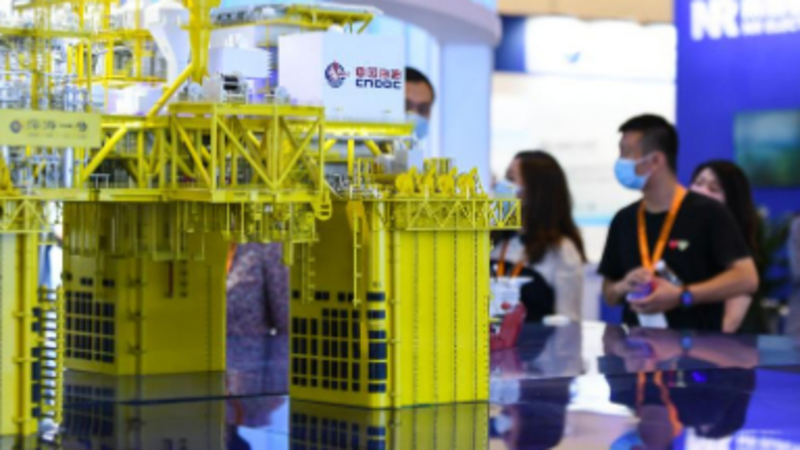 At the intelligent manufacturing base of Goertek in Weifang City, east China's Shandong Province, tonnes of components are assembled into Virtual Reality (VR) equipment to be delivered to different countries.

According to Chang Gang, vice president of marketing and sales of Goertek Inc., it is one of the few VR manufacturers globally to reach the production scale of 1 million sets. It is also one of the largest manufacturers of mid and high-end VR headsets.

As a major manufacturer, the steady growth and upgrading of China's manufacturing industry brings certainty to the global economy, the experts say.

Data from the Ministry of Industry and Information Technology show that the added value of China's manufacturing sector increased from 16.98 trillion yuan (about 2.46 trillion U.S. dollars) in 2012 to 31.4 trillion yuan in 2021.

Taking China's domestic diesel engine as an example. The thermal efficiency of diesel engines made by Weichai Holding Group Co., Ltd. now has exceeded 51 percent. Compared with the primary products in the market, annual fuel consumption and carbon dioxide emissions of this engine type have been reduced by 10 percent, respectively.

The frontier technology clusters formed by areas like artificial intelligence, mobile Internet, and blockchain will continue to promote the integration to development in many fields.

The common understanding at the conference was that economic globalization is an irreversible trend, and openness and cooperation are the paths for developing the advanced manufacturing industry.

According to the Ministry of Industry and Information Technology, China will continue to pursue high-level opening up of the manufacturing industry and improve the business environment. At the same time, China will encourage domestic enterprises to strengthen international cooperation, integrate into the global industrial chain, and help boost global economic growth.