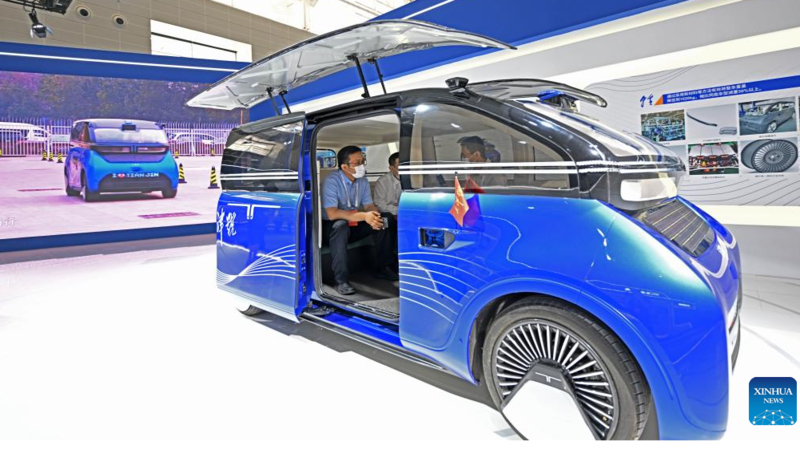 The two-day event, with the theme of "New Era of Intelligence: Digitalization Drives Growth, Intelligence Wins Future," will display the latest achievements in the intelligence industry at an exhibition area of 3,000 square meters.

A total of 30 parallel forums will be held online, focusing on cutting-edge technologies such as XR, AI, 3D and motion capture.

Since its inauguration in 2017, the event has offered a platform for scientists, entrepreneurs and economists from home and abroad to discuss the frontier trends of intelligence technologies.

At the event this year, entrepreneurs and economists said that the new round of scientific and technological revolution and industrial transformation represented by artificial intelligence will reconstruct the global innovation map and reshape the global economic structure.

Data released by the China Academy of Information and Communications Technology showed that the scale of the global artificial intelligence industry has reached 156.5 billion U.S. dollars in 2020.

The current scale of China's artificial intelligence core industry has exceeded 400 billion yuan (about 59.7 billion U.S. dollars), with over 3,000 enterprises, according to the Ministry of Industry and Information Technology.

"The current 'digitization' is equivalent to the 'electrification' about a century ago," said Wang Jian, academician of the Chinese Academy of Engineering, adding that "China is still in the earliest stage of digitization, and the dividends have not been fully released."