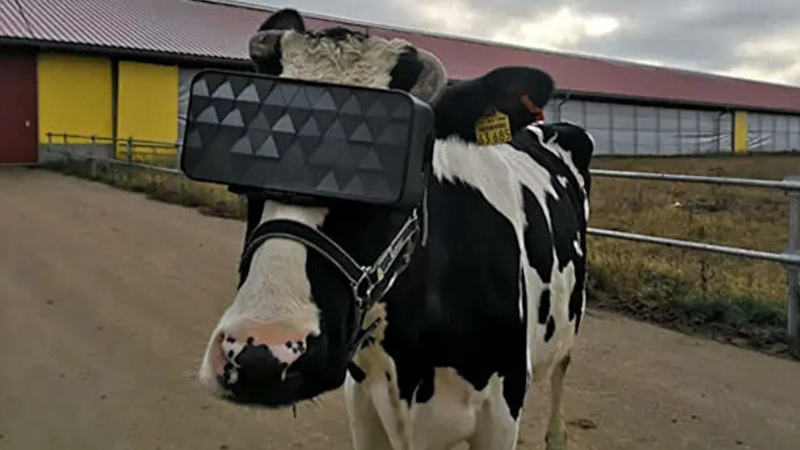 A Turkish farmer made headlines by strapping virtual reality (VR) headsets onto his cows to simulate greener pastures. The VR-induced cow reportedly was less anxious, happier, and produced more milk.

Izzet Kocak got the idea to use VR headsets to simulate a green pasture for his cow from a project conducted in Russia. According to a report from Engadget, the results from the Russian project had yet to yield better milk, but they did yield happier cows.

If Kocak’s early findings are shown to be replicable, VR dairy farms could produce the milk of the future.

Through a translation, Kocak told reporters, “They are watching a green pasture and it gives them an emotional boost,” adding that his cows appear to be “less stressed.”

While the cows may appear to be happier, Kocak, and dairy farmers around the world, have reason to smile as well. “We get an average of 22 liters of milk per day from the cows in our farm, the milk average of the two cows [that] wore virtual reality glasses was up to 27 liters," the farmer said.

Those figures represent a 22.7% daily increase in milk production and are supported by research conducted at Wageningen University in the Netherlands. There, researchers found that happiness led to healthier cows, and healthier cows led to improved milk quality and amounts.

The news of VR being used on farm of confined cows to increase milk yields has, however, raised concerns, with some likening the practice to the dystopian future displayed in the Matrix film franchise. Others, however, have pointed out that greener pastures currently exist for some lucky cows.

More research will need to be conducted, according to reports, to better understand the effects of VR on cows in the long term.