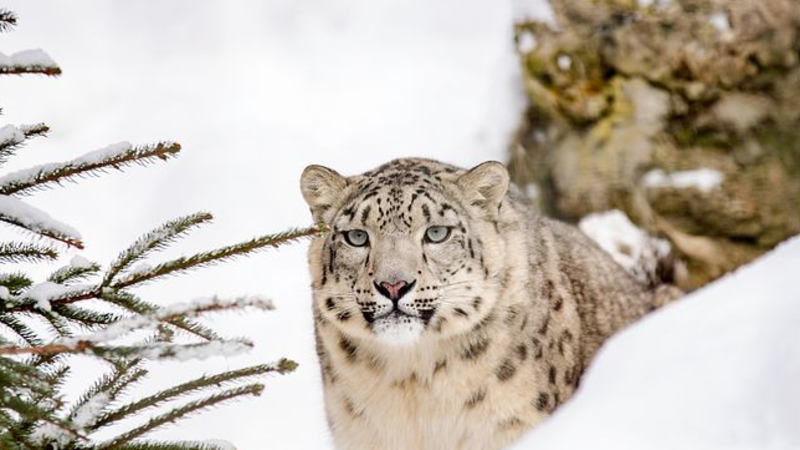 Artificial intelligence (AI) technology has been extensively applied in a national park in northwest China to track snow leopards inhabiting the region.

Located at around 3,500 meters above sea level, the Qilian Mountains with vast stretches of bare rocks protruding from the grass provide a favorable hideaway shelter for the snow leopards.

Though more than 200 cameras have been installed in the region, sorting out relevant information had not been easy for researchers.

"For conducting further studies on the population, distribution and activities of the snow leopards, a flagship species in the region, the cameras would capture hundreds of thousands of video clips and photos every quarter," said Ma Duifang with the administration bureau of the park's Gansu section.

"Even a slight movement in the environment, such as a mild breeze blowing over the grass, can activate the cameras. Sometimes, curious wildlife bumps into the device triggering the shutter, and the cameras take pictures of mere clouds," Ma added.

Ma and his colleagues had to go through each video frame by frame. The information of species that appeared on the images also required human input, so it often took them several weeks to complete such tasks.

Tencent's engineering team has independently developed a species recognition algorithm by means of transfer learning and automatic data augmentation. Thanks to AI technologies, researchers in the Qilian Mountains National Park no longer need to rack their brains in search of leopards hiding out in the wild.

"The forest rangers can now locate a snow leopard from 1,000 pictures in just about 20 minutes, tremendously faster than before," said Huang Xiangqi, one of the tech developers.

Snow leopards are under China's highest national-level protection and are listed as vulnerable by the International Union for Conservation of Nature.

In China, they can be spotted in alpine areas in southwestern, northwestern, and northern regions including Tibet, Sichuan, Xinjiang, Gansu and Inner Mongolia.

"We hope we can combine monitoring data with field investigation to help researchers accurately identify the wild species so as to draw up a more specific plan for their protection," said Ma Yao, director of the project, hoping the digital toolbox can be used in more countries.