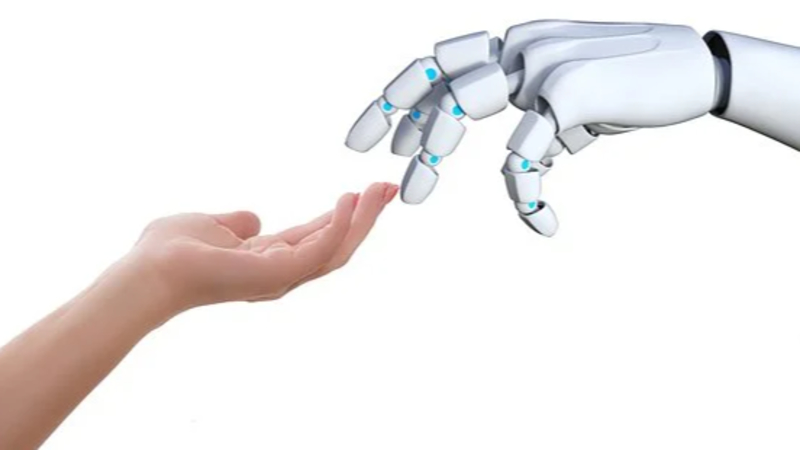 The robot is able to roll stably and powerfully, and its speed and direction can be adjusted by changing its shape and size. The intelligent responsive behavior of the robot constitutes machine perception based on artificial intelligence.

The research results have been published in the journal Matter by Cell Press.

The research team developed the intelligent soft robot with perception and adaptability by processing liquid crystal elastomers through 4D printing.

"The soft robot can adapt to different unstructured environments and interact with humans more safely," said Feng Wei, the team leader and a professor of the School of Materials Science and Engineering of Tianjin University.

Through perception of heat, the robot can independently change its shape and adjust its speed and direction of movement. Its ability to autonomously control its rolling direction leads to a tactile perception similar to an insect with a pair of antennae, which helps it detect obstacles on the road ahead and make corresponding responses like climbing over or bypassing obstacles based on their height.

"When the robot is placed on an inclined heating plate at a certain angle, it can roll up autonomously. The whole driving process of this soft robot is automatic and it can complete tasks without human control," Feng said.

The robot can carry a load 40 times its own weight and has broad application prospects in cargo transportation and intelligent exploration under extreme high-temperature conditions.